As a top line centre for the Calgary Flames, Sean Monahan has always been able to put up points.

But last season the 26-year-old struggled through a less than productive year.  Monahan scored just 10 goals and added 18 assists in 50 games.

He didn't look right for much of the season and now we know why.  Monahan says he hurt his hip in about the sixth game and tried to play through it.  He eventually had to shut things down late in the season. 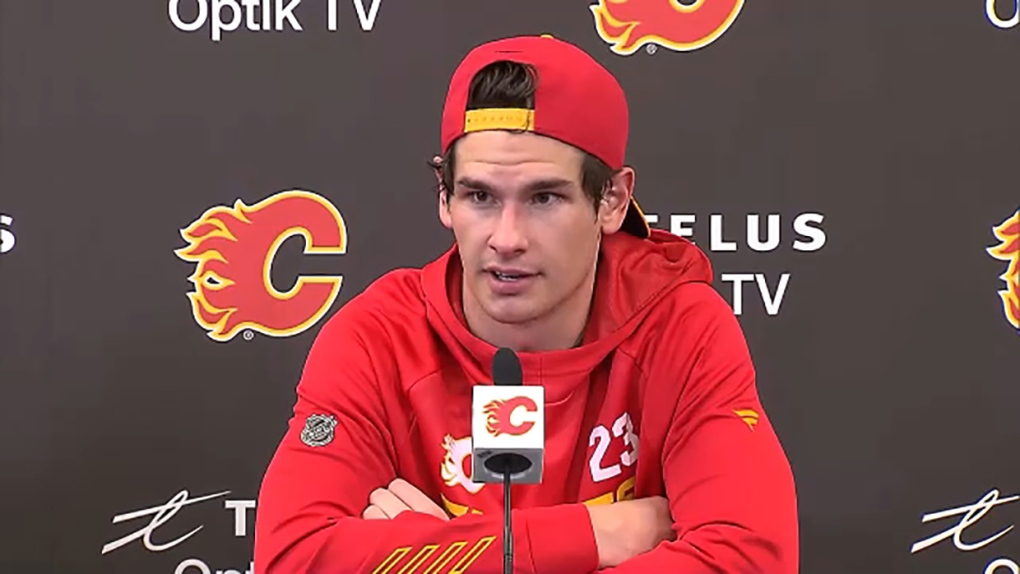 "It's tough when you're not out there and I mean the whole season was pretty frustrating," Monahan said.  "You want to be healthy when you're playing and you want to be at the top of your game every night.  When there's something limiting that, it gets to you."

"An injury like that is tough to deal with," he added.  "Obviously mentally and feeling like you can't do things that you want to do out on the ice but like I said if you're getting dressed and playing, you've got to be ready to go."

GAUDREAU FELT FOR FRIEND AND LINEMATE

It got so bad for Monahan that he and his regular line mate Johnny Gaudreau were split up.  Gaudreau said it was tough to watch his good friend try and fight through the injury.

"I could tell throughout the year you know that he was playing through some pain there," Gaudreau said. 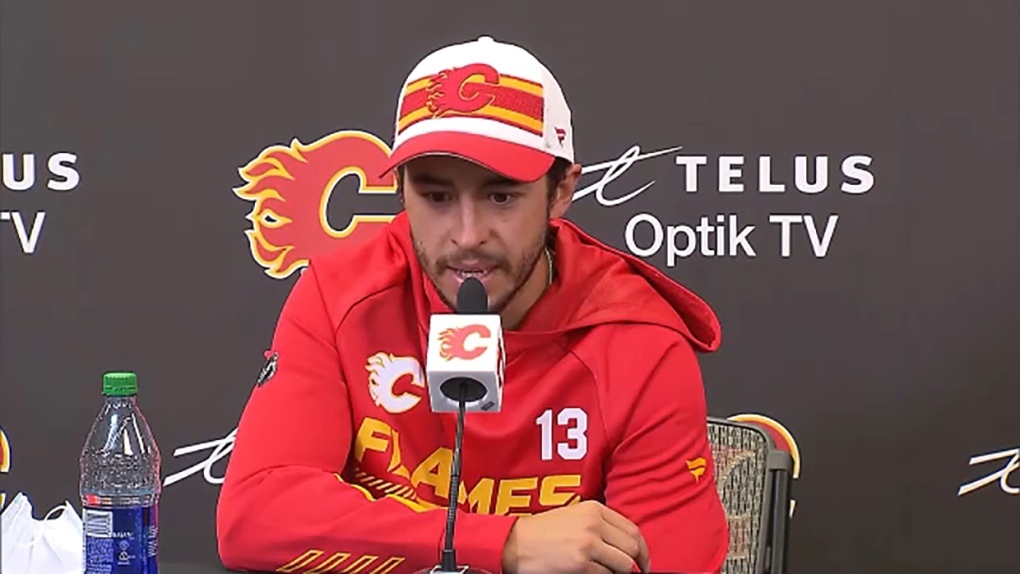 "You know he wants to be on the ice winning some games and it's tough to watch him battle through that but it's great to see him healthy and looking for a big year."

Monahan had off-season surgery and declared himself healthy as they Flames opened up training camp with their first on ice session on Thursday.

Monahan was back on a line with Gaudreau, Andrew Mangiapane was the other member of that trio on day one.

Monahan said he's looking to bounce back this season and comes into the season in a good frame of mind.

"Yeah I'm feeling way better.  I'm excited and yeah I'm happy to be back out there, it feels great."

If the Flames are going to rebound and make some noise in the Pacific Division they'll have to have bounce back years from more than just Monahan.

Matthew Tkachuk says he knows he can be a lot better.

"I thought there was maybe bits and pieces that I played like I know how but was not as consistent as I would've liked," Tkachuk said.

"And I think quite frankly that if you ask all the guys that were here last year that if they played up to their standard, if there's anybody that said they did they're probably lying."

This year the Flames added size and grit and they want to be a tougher team to play against.  Head Coach Darryl Sutter says a couple of things will help get this team back on track.

"Just an honest and hard working team.  Both those things there are pretty clear that we can really do a great job of upgrading."

Gaudreau is an unrestricted free agent after this season but says he probably won't have much to say about his contract situation.  He says he'll leave that up to his agent Lewis Gross and Flames General Manager Brad Treliving to deal with.

Gaudreau was also married in the off season.  He and Meredith Morris tied the knot earlier this month.

The Flames will take on the Edmonton Oilers in their first pre-season game on Sunday night at the Scotiabank Saddledome.