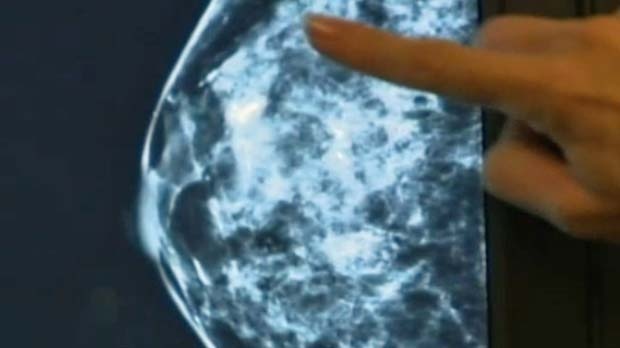 A U of C study has discovered a large increase in premenopausal breast cancer in many countries, including Canada. (File)

CALGARY -- Breast cancer rates among women are on the rise, but new research has uncovered trends that could help target prevention measures to improve the situation.

A new study published in The Lancet Global Health looked at cancer rates in women from 41 countries.

According to the findings, there are significant increases in premenopausal breast cancer rates in countries worldwide, including Canada.

From what she studied, premenopausal breast cancer was significantly increasing in 20 out of 44 populations, each representing a country or an ethnic group.

"The risk of developing cancer increases as a woman ages," Fidler-Benaoudia said.

"We know several well-established risk factors are modifiable, including excess body weight and physical inactivity, which is encouraging for prevention efforts."

"Early diagnosis and access to treatment remain key to combating breast cancer in low- and middle-income countries, and that prevention efforts to decrease exposure to known risk factors for the disease must be increased globally," Fidler-Benaoudia said. "The findings from this study shows important differences in the breast cancer burden by age and point to the need for prevention initiatives such as efforts to reduce obesity and alcohol consumption, increase physical activity and breastfeeding—all of which reduce one’s risk for developing breast cancer."