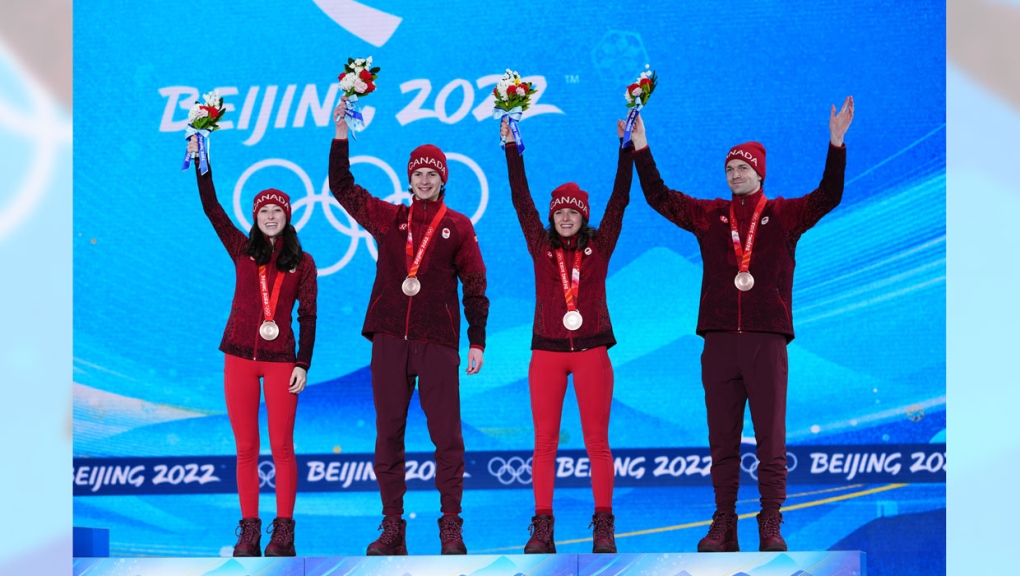 The bronze-medal finish is the first time Team Canada has ever made it to the podium for ski jumping, and their families hope this achievement will encourage more support for the sport that lacks training facilities in Canada.

"I keep saying I am jumping for joy," said Judi Soukup from Springbank on Tuesday.

"There's never been a doubt that (going to the Olympics) was part of her destiny and when she was six and a half she didn't know what the Olympics were, but that was when the seed was planted," said Kristan Strate about her daughter Abigail.

However, now that those local facilities are no longer in use the Strate and the Soukup families are concerned about the growth of the sport.

The Calgary ski jumps were decommissioned in October 2018 with the consent of the federal government. WinSport was no longer in a position to bear the operating costs estimated between $400,000 to $450,000 per year, said Dale Oviatt, senior manager of communications.

Oviatt says the jumps, which caught international attention with the 1988 Calgary Olympic Winter Games, had come to the end of their life cycle after 30 years of operations.

"The bottom line is there is no reality for the jumps to be here and you look back to the 2026 Olympic bid, they weren't planning on using the ski jumps here, it was either in Whistler or at a temporary facility and that's what it has to be," said Oviatt.

Canada's ski jump team now trains in Slovenia as Canada is left without a pre-professional training facility -- the facilities near Whistler are considered not ideal for being too remote and lacking summer equipment.

"It's incredibly challenging especially for the younger kids without transition jumps from the smaller ones and up. It's the pathway to success and to the larger jumps in Europe. It's incredibly detrimental for the sport going forward," said Alan Soukup.

He then added, "you need to have something a little bit more closer to home and in a populated area where you can draw on a large population."

Ski jumping has been an Olympic sport since 1924, the bronze medal in 2022 for the mixed team event is Canada's best ski jumping achievement in the games.

WinSport says most of the ski jump area will be reused for sport, but that's yet to be determined.