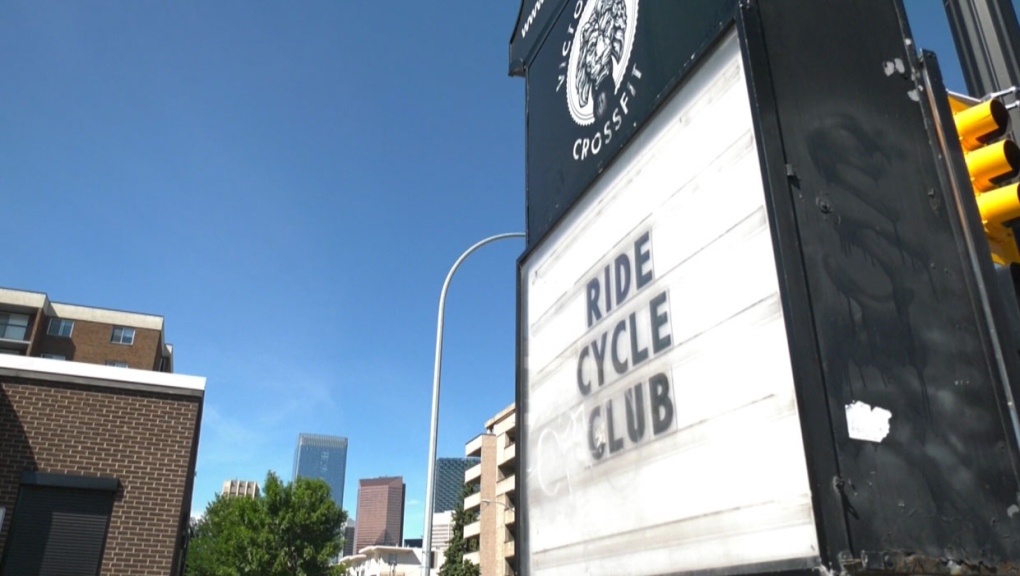 A Calgary fitness club was closed last week after COVID-19 was discovered in a number of staff members. There are now 42 cases connected to the outbreak.

CALGARY -- More than 40 cases of COVID-19 have now been identified as being connected to an outbreak at an indoor cycling studio in southwest Calgary.

According to the latest data from Alberta Health, 42 people have active cases of coronavirus that they caught from an outbreak at 17 Avenue S.W.'s RIDE Cycle Club.

On July 15, the studio closed down after it discovered a number of people connected to the facility tested positive. The number of cases at that time was not released.

Since then, staff at the facility have been busy contacting everyone who attended a series of training classes between July 6 and 13, saying they may have been exposed to contagious individuals.

There are no recovered cases connected to this outbreak so far.

In an earlier interview with CTV News, RIDE said its Calgary location was following strict safety protocols, including three metres of spacing between bikes as well as improved disinfection protocols and physical distancing.

What constitutes a second wave in Canada?

How to encourage your kids to wear a mask

Announcement coming next week for plan to reopen Ontario schools

P.E.I. man with COVID-19 jailed for allegedly refusing to self-isolate