'Owe it to the city': Johnny and Mony want to stay put with the Flames 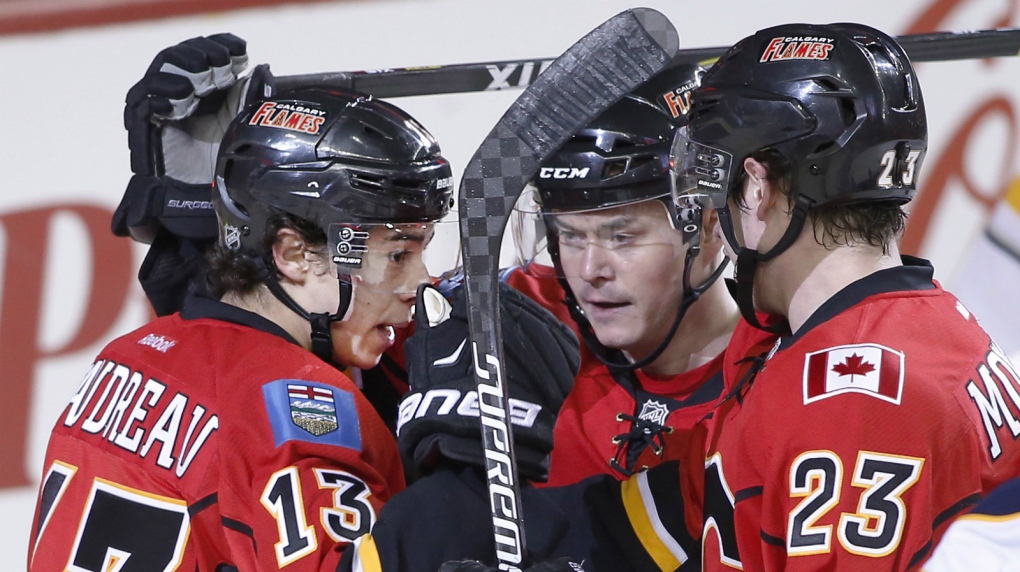 After another first round exit from the playoffs, both Johnny Gaudreau, left, and Sean Monahan, right, say they want to stay with the Calgary Flames. (File photo)

CALGARY -- Another year done and another disappointing end for the Calgary Flames.

Yes, they made it through the qualifying round against Winnipeg.  But the Flames were once again bounced in the first round. This time in six games to the Dallas Stars.

And once again the finger pointing is at the team's core group.

Many believe the Flames will never have success with this core and it’s time for a major shakeup.

Johnny Gaudreau has heard the rumours that he should be traded.  But the little winger is adamant he loves it in Calgary and wants to stay here.

“Calgary’s been like a second home to me. I love playing there. I love my teammates. I love the city and the fans are awesome,” he said Monday.

“I could see myself playing there for the rest of my career and I’ve always said that. I know there are a lot of speculations of me wanting to go back east but I’m just really comfortable where I’m at.”

Sean Monahan feels the same way. He says wants to be part of the solution and wants another chance with this group but he knows it’s out of his control.

“Whatever happens, happens. I mean, I want to be in Calgary, I want to win in Calgary," he said. "I feel I owe it to the city. I mean, I still think we’ve got a young core here who really wants to win and wants to be together.”

Of course, ultimately, the future of the core will be up to general manager Brad Treliving. We’ll see if he has an appetite to shake up the core group.

"I’ve never believed that. We’ll go into this off season and analyze where we’re at and where we can get better.”

Treliving will also have to make a decision on a head coach. Does he stick with Geoff Ward, who took over from Bill Peters on an interim basis? Or does he look elsewhere? Treliving says he’ll sit down with Ward and have a decision in the near future.

“My job was to support him and the staff 110 per cent, and then once the season was over we would sit back and have discussions. We’ll analyze where we’re at and we’ll formulate a plan going forward.”

Ward says he’d love to return as the head coach.

As far as injuries are concerned, Matthew Tkachuk did indeed have a concussion, Rasmus Andersson was playing on a broken foot suffered in the Winnipeg series and Sam Bennett was also injured against the Jets as he suffered a torn tricep.