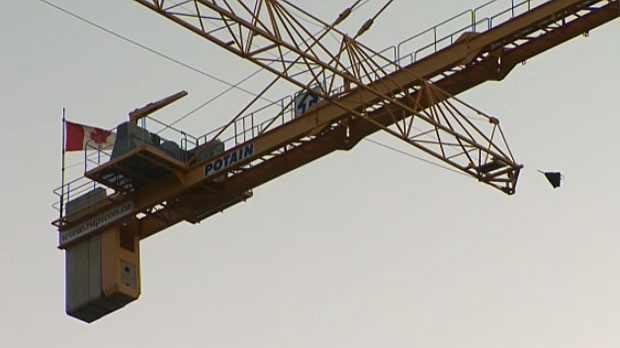 Police arrested a man after he was spotted at the top of this crane set up at a construction site in the East Village.

Calgary police have arrested a man after he climbed to the top of a crane at a construction site in the East Village on Wednesday night.

Officers say that at about 7:00 p.m., a man climbed a crane and then walked out onto the boom at the site.

The scene was blocked off within a few minutes and police and EMS surrounded the area.

Eventually, the man was talked down from his perch. He was not injured during the incident.

The unidentified man was arrested, but there is no word on if charges will be laid.