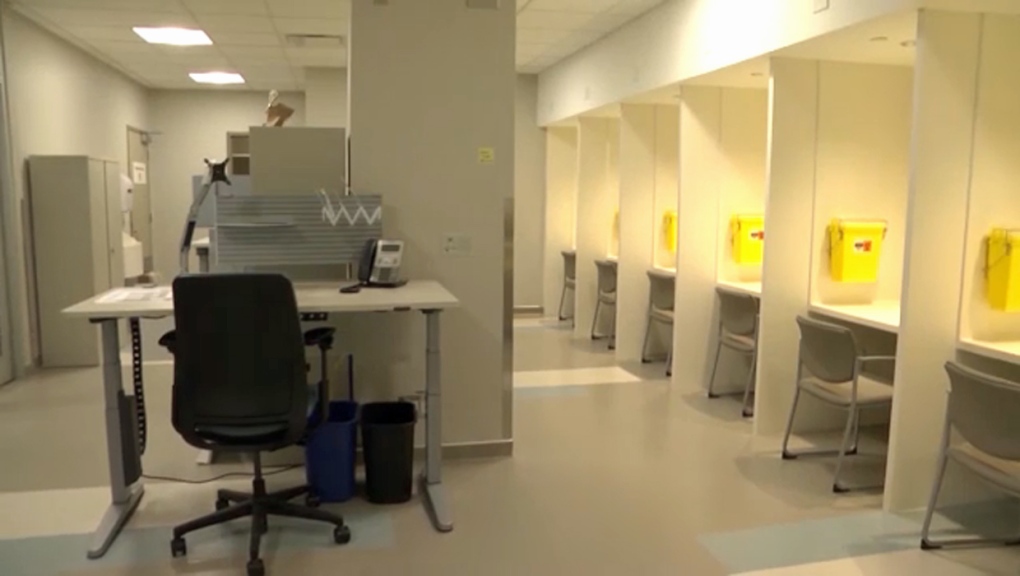 The United Conservative government struck a panel last summer to look at the impact of the sites on crime rates, social order, property values and businesses. It is not considering harm reduction, establishing new sites, provincial funding or housing.

Kenney said Tuesday that he has seen the panel's preliminary report.

“It underscores the concerns that we have had about the negative impact on people and on communities as a result of at least some of the drug injection sites,” Kenney said.

“They're now more than injections ... they're just illegal drug sites. I think we see pretty much everywhere a marked increase in crime in the area of those sites and social disorder and negative human consequences.”

A review of safe consumption sites was a United Conservative Party election promise.

There are currently seven in Alberta — in Edmonton, Calgary and Lethbridge — with proposals for one each in Red Deer and Medicine Hat and another one in Calgary.

Kenney was asked while in Calgary whether it was possible the sites could be abolished altogether.

“It certainly is possible that at least some will be relocated. It's never been our intention to shut all of the sites but we're taking a very close look based on the data,” he replied.

The panel is chaired by former Edmonton police chief Rod Knecht. Other members include an economist, three doctors, a real-estate agent and the mother of a young man who died of an overdose. She is now involved with an adolescent recovery centre.

Lethbridge NDP legislature member Shannon Phillips said closing the site in her city would be devastating.

Phillips said disruption to the surrounding community would be much worse if the consumption site were shuttered.

“There are still people there with complex health needs and addictions,” she said. “People don't go away just because the premier has an ideological flight of fancy.”

This report by The Canadian Press was first published Jan. 21, 2020