The Calgary Zoo has six western lowland gorillas but their native habitat is in the Democratic Republic of Congo, where a mineral called coltan is hand-mined  that is used in some cell phone parts.

The mining of coltan is reducing gorilla habitat according to Alison Archambault, the director of brand and engagement at the Calgary Zoo.

“When that mineral is mined the space where they (gorillas) live disappears which draws them closer to extinction,” said Archambault. “So anything we can do to recycle our cell phones means that our wild gorillas have more space to live - and we want wild gorillas to remain wild.”

Calgary’s zoo has partnered with zoos and aquariums in Canada and the U.S. in a cell phone and small electronic recycling program called ‘Gorillas on the Line’. It ran from February to September, with Calgarians dropping off 23 per cent of the total phones collected in all of North America.

“This year the Calgary Zoo collected 1500 pounds," said Archambault. "That’s a lot of cell phones - approximately 1300 of them. North America wide, just over 6,000 were collected which is pretty impressive given that a lot of zoos and aquariums had to close to support public health directives.”

Recycled phones and small electronics go to Quantum Lifecycle Partners who work closely with the Calgary and Toronto zoos. Clayton Miller is the Vice President of business development for the recycling division of Quantum. 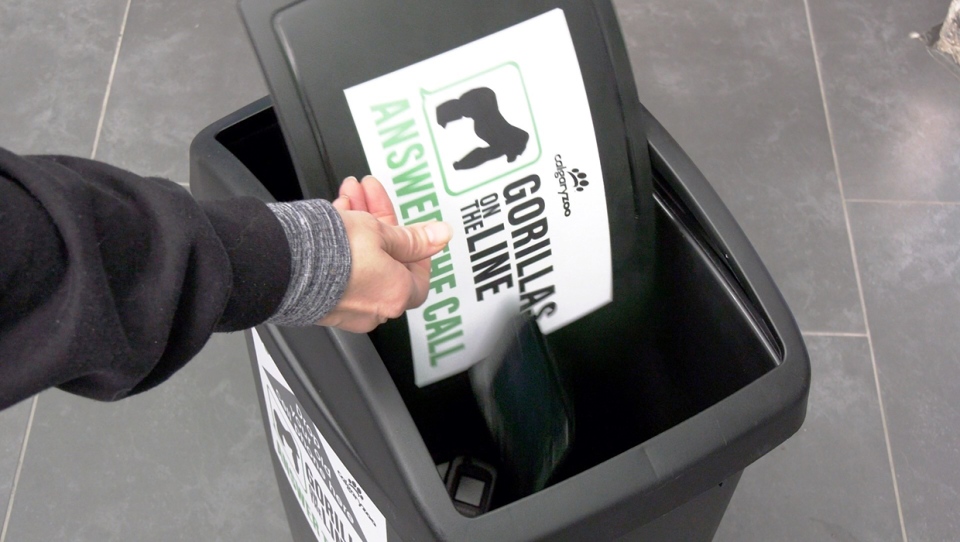 “We achieve upwards of a 98 per cent recycle rate,” said Miller. “So why would you throw things like metal and plastics into the landfill when you can in fact recycle them and extend their life and reduce the overall impact on the environment?”

“That’s why it’s important when you are accessing recycling programs such as a the one at the Calgary Zoo that you check to make sure that they are in fact using a legitimate electronics recycler similar to Quantum who has been audited to ensure that all these things are done properly,” said Miller.

The zoo is continuing to collect small devices to save gorilla habitat.

“People can bring their cell phones to the Calgary Zoo all year long and their small electronics,” said Archambault. “You don’t even need to enter the zoo, you can come in the north side and there’s a collection bin right there and we’d be happy to take them and make sure that you can play an important role in reducing coltan mining.”

Learn more about the program here.