Calgarians like to make the most of the outdoors during the city’s warmer months, but being among the trees and grass can be a nightmare for those who suffer from seasonal allergies.

And data from the Aerobiology Research Laboratory shows pollen levels in larger cities have increased significantly in the last three decades, especially in Calgary.

“We are seeing, due to climate change, slightly longer growing seasons and warmer weather. But it could also be attributed to urban panning,” said Daniel Coates with Aerobiology Research Laboratories. 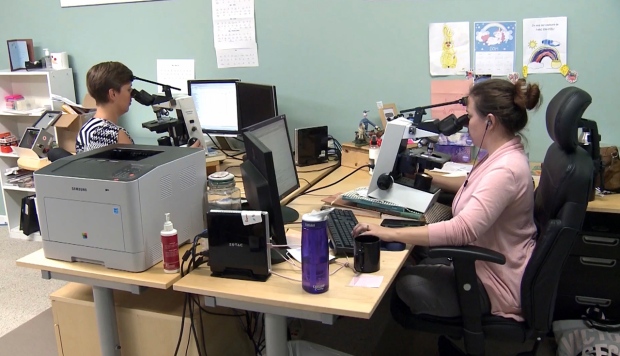 “A lot of cities grow a lot of male trees now because they’re less messy, they don’t have the flowers or fruits female trees bring.”

But it’s the male trees that generally produce pollen. Though pollen levels vary each and every year, data from the lab shows it has increased fairly consistently.

Ottawa, Toronto and Montreal have all seen annual pollen levels increase on average.

“It’s the worst,” said Nicole, a Calgarian who suffers from seasonal allergies on a daily basis.

“Itchy eyes, runny nose any time I open my door I get itchy and sneezy. It’s constant irritation,” she said.

And the levels are likely to get even worse, said Coates.

“We’re already seeing more and more people suffering from allergies year after year. It will no doubt get worse as time goes on.”

According to Statistics Canada, pollen and grass allergies are the most common type in Canada. 40 per cent of people in the country suffer from seasonal allergies to some degree.