Rosco the Shepherd-cross recognized for his heroism 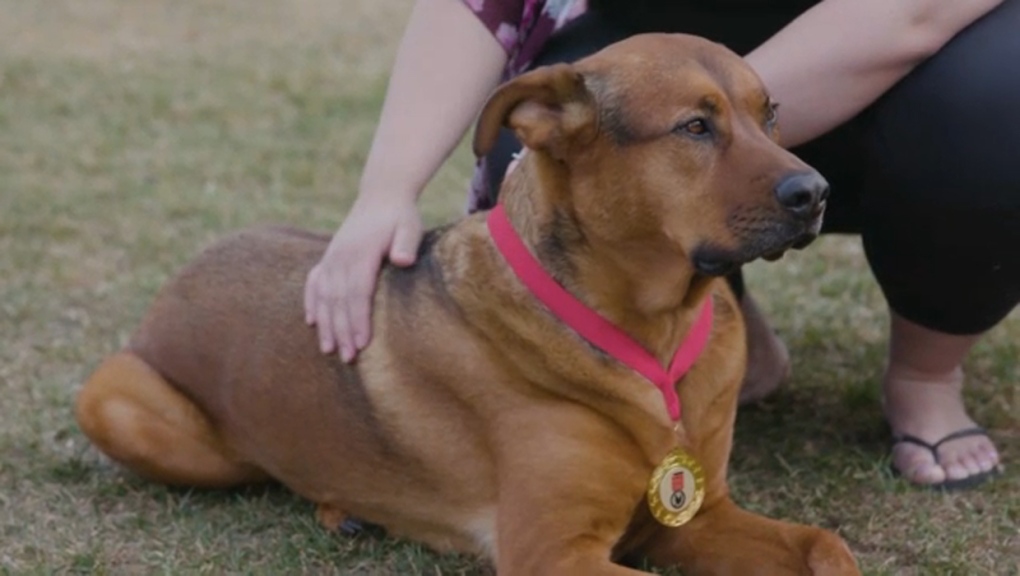 Rosco, Brittany Ouellette's Shepherd-cross, was recognized with an induction into the 2019 Purina Hall of Fame for his effort to save Ouellette's father

A Calgary pet has added a medal to his collar after being officially declared a good dog for coming to the rescue of a family member.

In November of 2018, Rosco, a Shepherd-cross who had been adopted by Brittany Ouellette, was spending the day with Ouellette's father Bryan while the rest of the family visited Banff.  Bryan suffered a stroke and fell to the floor of his bedroom. No one else was home at the time and Roscoe came to Bryan's side and helped the ailing man as he made his way to the phone to call for help.

Bryan underwent emergency surgery and has made a full recovery.

"He's done more for our family than I can ever imagine," said Brittany. "Without Rosco, my dad most likely would not be here."

On Tuesday, three-year-old Rosco was inducted into the Purina Animal Hall of Fame at a ceremony in Toronto. In addition to his medal, Rosco was awarded a year's supply of dog food.