SAIT student heading to Russia to compete in WorldSkills Competition 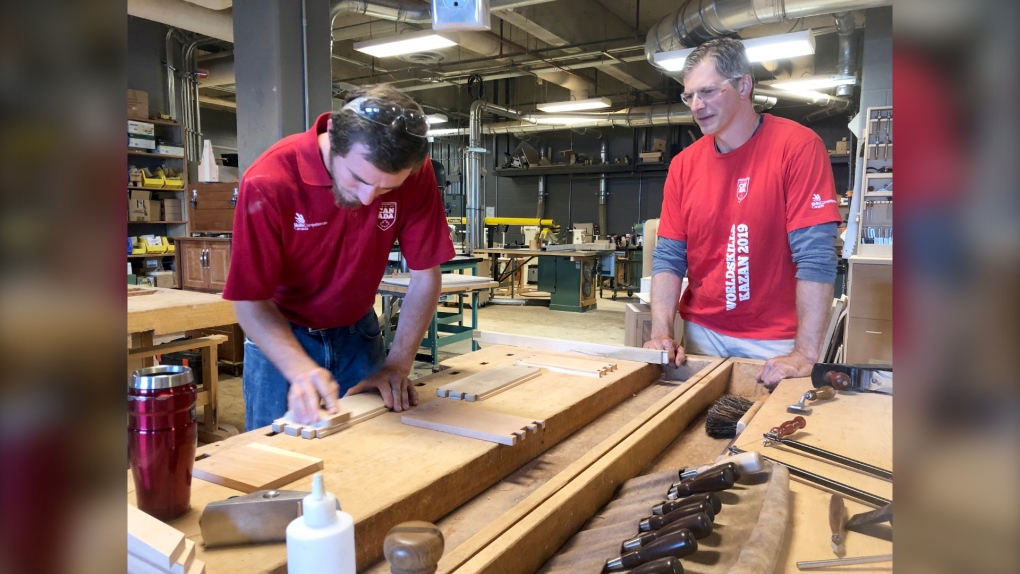 Taylor Desjardins is headed to Russia this week for the WorldSkills Competition.

Calgarian Taylor Desjardins will make his way to Russia later this week where he’ll be competing against 21 other cabinet makers from around the globe as part of the WorldSkills Competition.

Competitors from 66 countries and regions will compete in 56 different skillsets at the event in Kazan, a city about 800 kilometres east of the capital of Moscow.

“Going to WorldSkills and being able to compete on a world level is everything to me,” said Desjardins, who is in his fourth-year at SAIT.

“I will cherish this experience for the rest of my life.”

Desjardins is spending the days leading up to the event training like an Olympic athlete.

“Cabinet making is more than what people think it may be,” he said.

“It’s a career that allows you to be creative and do something you’ve never done before. It’s a way for me to express who I really am.”

Competitors will be under the spotlight with the clock ticking and there’s no room for mistakes as upward of 1,300 experts will be making evaluations.

Just a fraction of a point can often separate those who make the podium and those who don’t.

This year will see 32 Canadians representing the country in Kazan.

In May, the Skills Canada National Competition was held in Halifax and four Alberta prospects, including Desjardins, were invited to join team Canada.

Calgary played host in 2009 and this year marks the 45th competition.