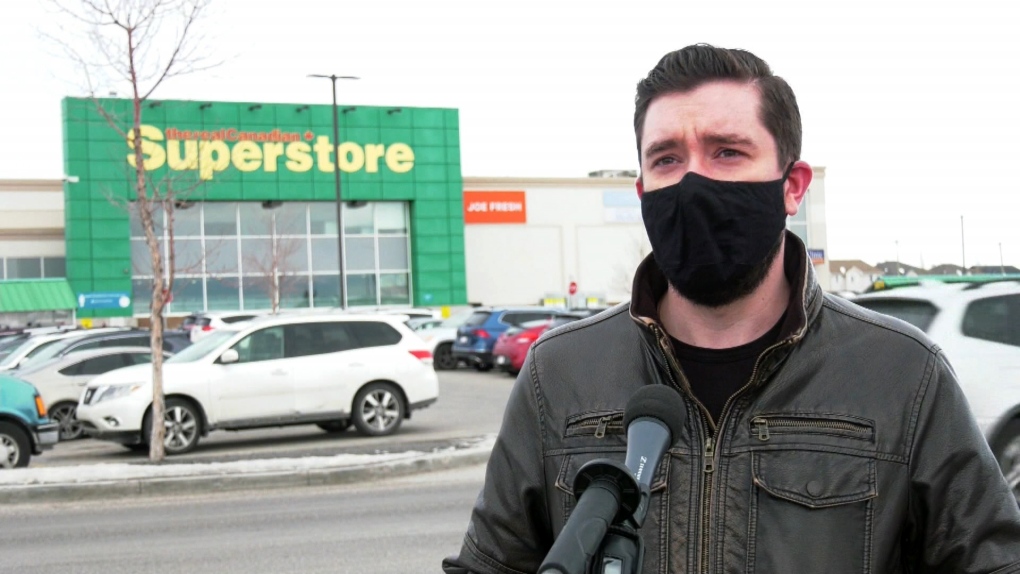 A Calgarian named William, who asked that his last name not be used, said he witnessed a number of people going maskless inside Superstore and no effort was made to force them to wear one, despite a company policy.

CALGARY -- A shopper at Real Canadian Superstore says he was concerned by the lack of interest in enforcing mask mandates, after he encountered two women flouting provincial and municipal regulations.

William, who asked that his last name not be used, says he was shopping over the weekend at the location off Harvest Hills Blvd. As he entered, he says there was no one checking for masks or counting customers entering the store.

He encountered two young women without masks — when he asked them to put them on, they became defensive.

He went looking for a manager and recorded the conversation on his phone.

In the video, after William asks if they will approach the pair or kick them out, the manager can be heard saying “Unfortunately we’re not allowed.”

In a statement, parent company Loblaw says employees are expected to enforce mask rules, but there are limits.

"Where customers refuse to comply however, staff are required to enforce the policy so long as its safe for them to do so," the statement reads in part. 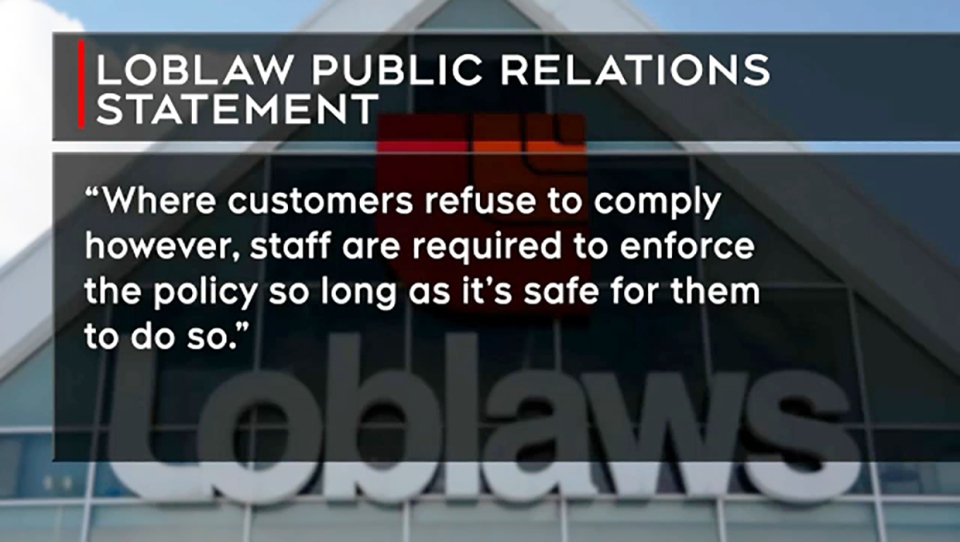