Southern Alberta woman in her 20s dies from COVID-19 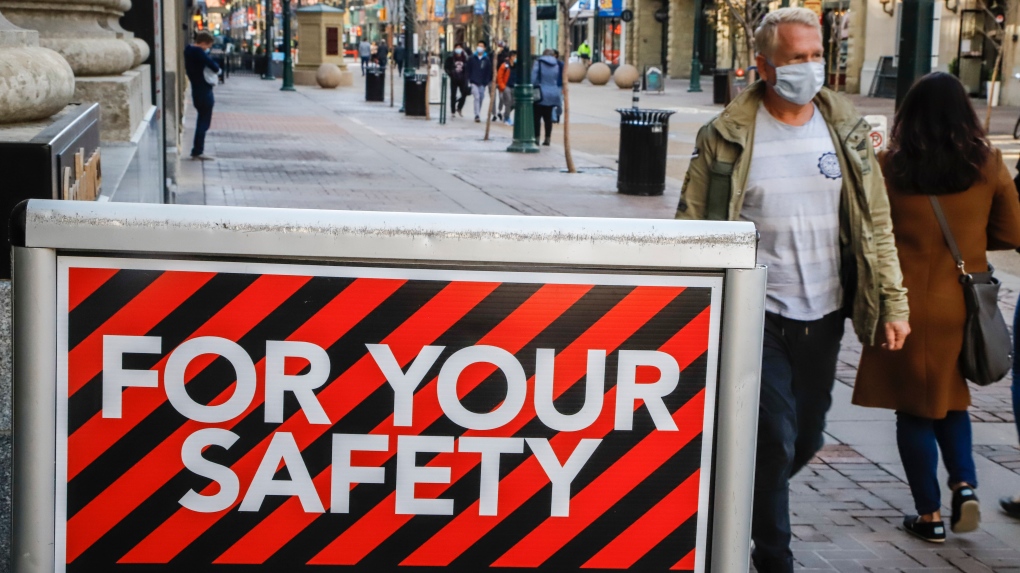 A man wears a mask in downtown Calgary, Alta., Friday, Oct. 30, 2020, amid a worldwide COVID-19 pandemic. THE CANADIAN PRESS/Jeff McIntosh

CALGARY -- The province has announced nine more deaths in connection with the pandemic in Alberta, including a woman in her 20s who resided in the South zone.

Alberta Health announced the details at the same time that it said another 1,336 COVID-19 cases were found in the province over the past 24 hours.

Officials say the woman did have comorbidities that may have contributed to her death, but would not release any further details in order to protect the privacy of the victim.

There is also no information about exactly where the woman resided in the province.

This is the third victim in their 20s in Alberta to die from the disease.

Eight other people, including three from the Calgary zone, four from the Edmonton zone and another person from the South zone have also died:

Saturday's developments bring the total number of deaths in Alberta to 471.

There are now more than 11,000 active cases of COVID-19 in the province, with 320 patients in hospital. Fifty-six of those are in the ICU.