Stampeders head coach pivots to coaching kids in the pandemic

CALGARY -- Calgary football fans are used to seeing Dave Dickenson patrolling the sidelines at McMahon Stadium, but a global pandemic has caused him to try out some alternative turf.

Dickenson,  the head coach of the Calgary Stampeders for the last four seasons, was forced, along with every coach in the league, to put the headset down when the CFL's 2020 season was cancelled due to COVID-19 concerns.

Even though Dickenson can’t coach in the CFL right now he still wanted to lead a team.

That’s when he offered his services to the Wildcats Orange bantam football team, who happily said yes.

Dickenson says he’s having a blast.

“It’s been fun.  I mean football is football and I enjoy it at every level,” he said.

“I enjoy coaching these kids.  They’re very attentive.  They’re a little more challenging to keep their attention but they’re sponges.  They like to learn.”

Because of the pandemic the Wildcats have been divided into two cohorts, the orange team and the blue team.  Dickenson is the head coach of Wildcats Orange.

One of the big reasons why Dickenson got involved with the program is because his son Cooper plays for them.

Like his Dad, Cooper is also a quarterback.  The Wildcats Orange are off to a perfect 3-0 start.  They’ve outscored their opponents 148-7.  Cooper says his dad gets two thumbs up even though it has been a little strange. 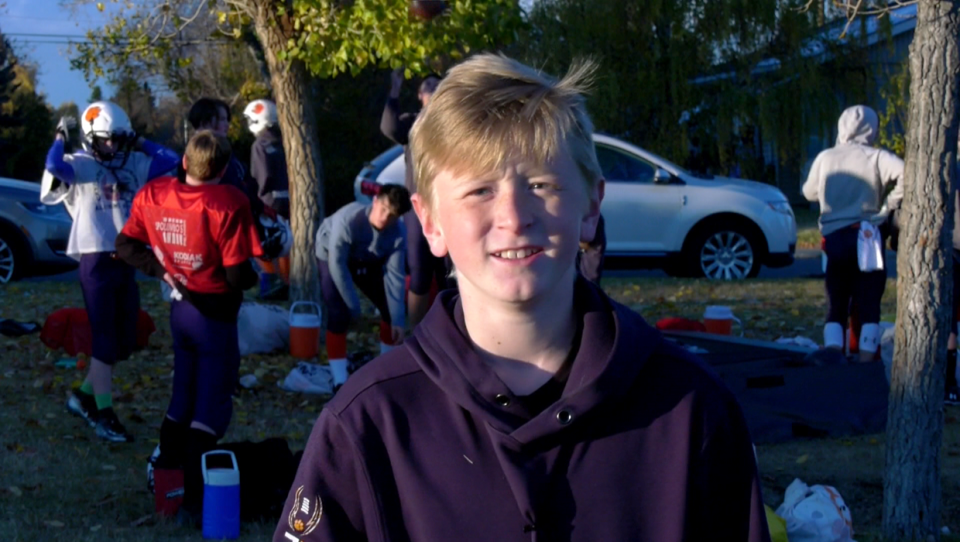 “It’s kind of weird seeing him out of the house and once in a while he brings up weird things in the middle of the dinner table," Cooper said. "But I enjoy it.  He’s doing pretty good and the team likes him.”

For players like linebacker Filip Shabanov it’s an incredible opportunity to learn from one of the best coaches in the CFL. He says he and his teammates are making the most of it.

“Oh 100 percent.  We wouldn’t get many more opportunities like this and I’m grateful for that.”

And it’s not only the players who are learning from Dickenson.  Greg Wilson is the head coach of the Wildcats football club. He’s been coaching for 22 years and he says he’s picking up plenty from the Stampeders head coach.

“It’s been a special experience for all of us coaches to be around a legend like Dave Dickenson.  He’s going to go into the Hall of Fame one of these days. He’s an extremely good motivator. The boys really enjoy being coached by him.  I just watch for the little things that he does out there.”

First and foremost Dickenson wants the kids to have fun. That means everyone gets to play on his team.

He says he has had to change his style on the sidelines because he is coaching kids.  But he admits some things will always be the same. 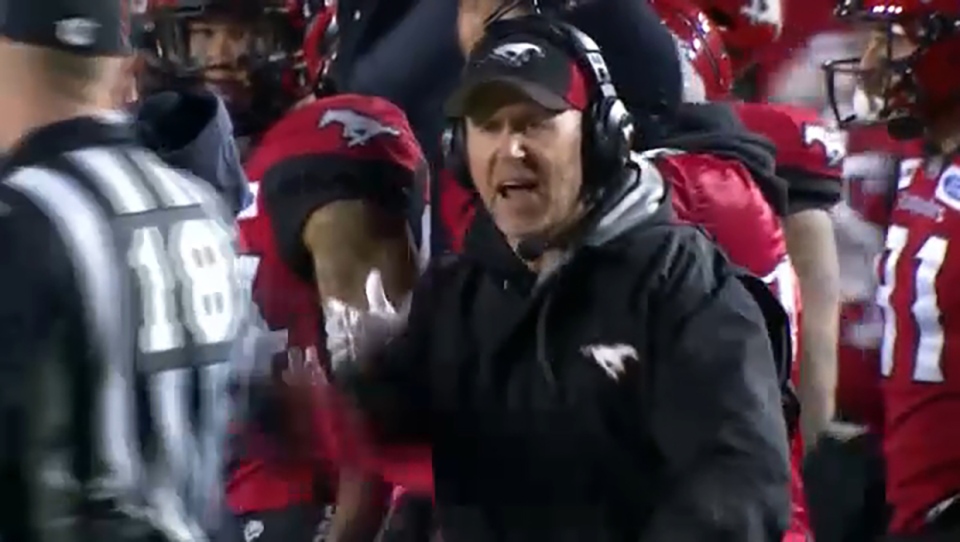 “I’m still competitive.  I mean I’m  trying not to yell at people,” he told CTV.

“But I do find myself working the refs a little bit.  Same result as the CFL though.  I don’t get enough calls.  Maybe I need to adjust that a little bit,” he said with a laugh.

The pandemic forced Calgary Bantam football to make some changes.  They’re playing nine on nine football instead of 12 on 12.

They also play every other week. Dickenson and Wildcats Orange will look to go to a perfect 4-0 when they take on the Chiefs Red.  Game time is 11:00 am at Shouldice park.