Steer put down after infield injury 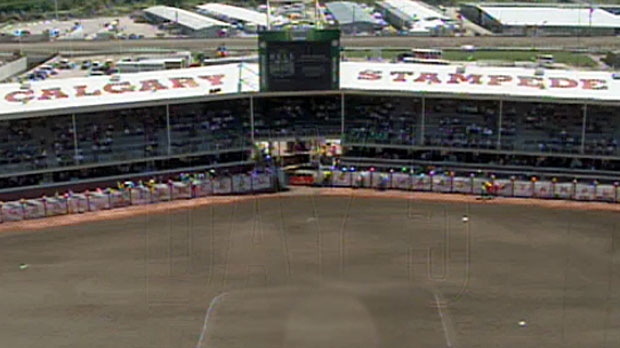 A steer was euthanized after being injured during rodeo events at the Calgary Stampede on Wednesday.

The injury happened during the last round of the steer wrestling event in front of thousands of spectators.

The steer did not get up after the event and suffered a severe neck injury that officials say was untreatable.

The animal was assessed by vets at the time and was euthanized.

Livestock specialists will review the incident to try and determine what happened and what may have led to the injury.

The Stampede says this is a rare occurrence and that more than 1000 steers have competed in the event over the past 10 years.

Only one other steer has been fatally injured during that time.