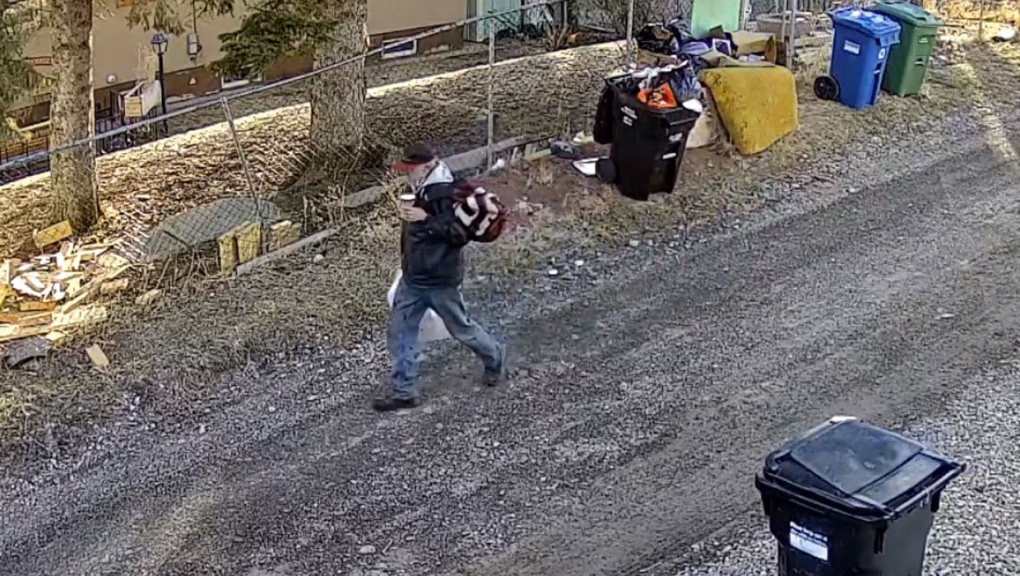 This man is believed to have started three fires in northwest Calgary on April 2. 2021. (Supplied)

CALGARY -- Calgary police are looking for the public's help to identify and locate a man believed to be involved with a number of fires that were intentionally set in a northwest neighbourhood.

The Calgary Fire Department was called to respond to a number of fires near the 3800 block of First Street N.W. on April 2 at about 6:45 a.m.

The first fire destroyed a detached garage and damaged a second garage at a home slated for demolition. Another blaze, set at about 8:30 a.m. in the bed of a parked pickup truck in the 100 block of 43 Avenue N.W. also caused significant damage.

Officials say a few minutes after the second fire took place, a man was captured on CCTV walking near the area.

In the video, police say he is seen lighting a fire inside a small wood enclosure in the 100 block of 44 Avenue N.W. The flames ended up spreading to a garbage bin and then a large tree in the backyard of a home.

The man is described as being between 50 to 60 years old with a grey beard and an average build.

Police say he was wearing a black and red baseball cap, light blue jeans and a black jacket with a grey hoodie underneath.

He was also carrying a maroon and white backpack as well as a plastic bag.

Anyone with information about these incidents is asked to contact police at 403-266-1234. Tips can also be shared anonymously through Crime Stoppers using any of the following methods: