Sweater donation brings history of the ‘Lethbridge Vets’ into focus 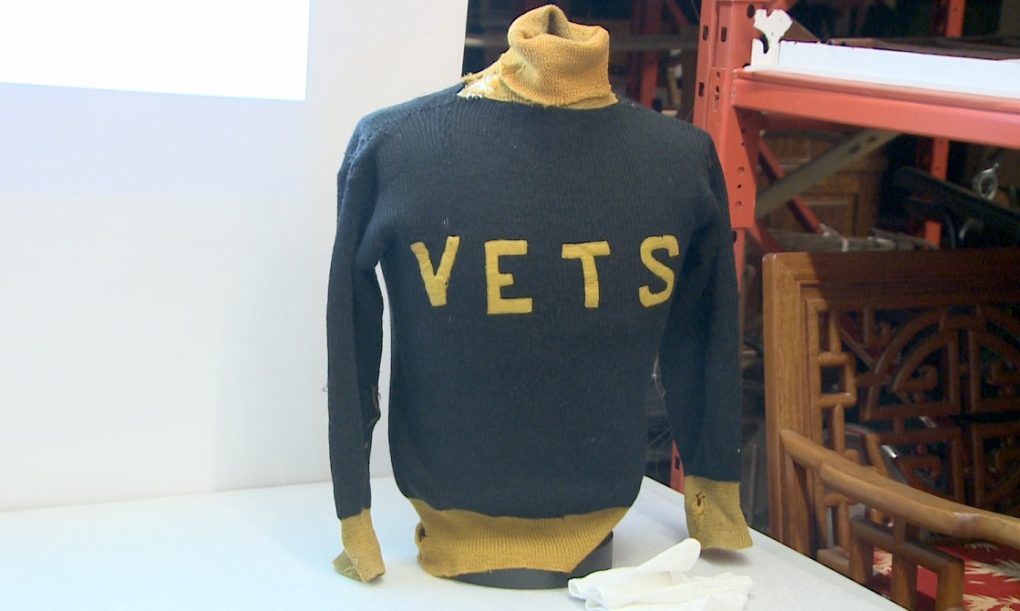 This Lethbridge Vets sweater was donated to the Galt Museum and Archives back in 2018.

LETHBRIDGE— Thanks to a donation made to the Galt Museum and Archives back in 2018, a new chapter in both the hockey and military histories of Lethbridge has been opened.

At first, collections technician Kevin MacLean was skeptical when he received a vintage sweater from the relatively unknown ‘Lethbridge Vets’ hockey team.

It sounded too good to be true, until museum staff started to look closer into its background.

The sweater was donated by Harold Palmer of Red Deer, whose father, Murray Palmer, apparently played with the Vets sometime in the 1920s.

Kirstan Schamuhn was given the task of cataloguing and researching the sweater, but the mystery around it remained.

"The oral history Kevin MacLean conducted with the donor, Harold Palmer, presented a lot of what we consider circumstantial evidence,” Schamuhn said.

Soldiers who returned from deployments in the First World War formed the Lethbridge Vets hockey team.

The Vets went on to play twice in the Alberta Senior Playoffs, winning once, and they also participated in the Allan Cup, where they ultimately lost to a team from Fort William, Ont.

Schamuhn was hired to catalogue 63 recent acquisitions through a grant received in April from the Alberta Museums Association.

When Schamuhn started the cataloguing project, she admits to being disappointed after reading the interview with Palmer, because she was hoping it would include emotional ties. 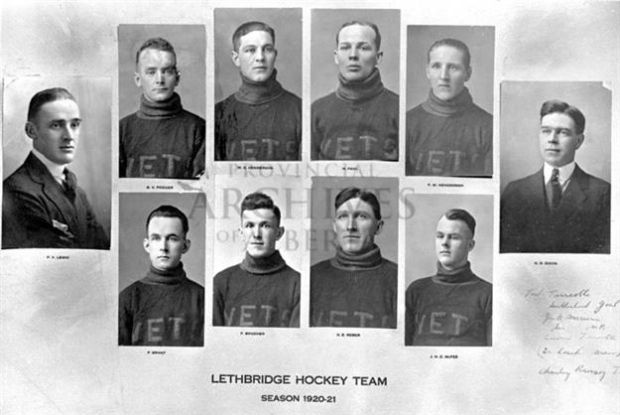 "There was evidence that tied the sweater to southern Alberta, but not a lot of first-hand accounts or documentation to connect it to Lethbridge,” she explained.

“Harold Palmer didn't have memories of the sweater, and he wasn't able to shed light on the sentimental ties or proof his father, the original owner, had to the sweater. There were no photos of Palmer’s father wearing the sweater or of him playing hockey."

By searching through newspaper and provincial archives, the Galt was able to piece together information about the team.

They were backed by the Great War Veterans’ Association and began playing competitively in 1919. The team played until approximately 1929.

Another interesting thing about the Lethbridge Vets is one of the players who suited up for from 1919-21: Frank Boucher.

In his first season behind the bench, Boucher guided the team to another Stanley Cup.

Schamuhn says she was surprised the sweater turned in by Palmer is the first jersey they’ve seen, considering those facts.

“As I started looking at Boucher, it was really interesting to me that Lethbridge hasn’t talked about him before. Lethbridge hasn’t brought him forward as being part of their community when he was here for a very brief time, albeit an important time.

“He was on the Vets when they were first starting up, and he played for the Mounties team as well, which were quite impressive contributions to the community at the time.”

The team was the pinnacle of hockey in Lethbridge at the time, Schamuhn noted, as a newspaper article from 1920 said the community was surprised Lethbridge had a strong hockey presence after the Vets won their first Amateur Playoffs.

“The complexity and importance of this story are enhanced when you add that these were veterans of the First World War playing hockey, bonding as a team, as soon as they returned home,” said Schamuhn.

“It gives perspective into yet another aspect of their lives as veterans, and I find that incredibly special."

With one of the ‘Lethbridge Vets’ sweaters now in their possession, the Galt’s collection staff is seeking families of members who played for the team.

Staff is also looking for more information about the team in general and is encouraging members of the community who may have any knowledge to reach out to them.