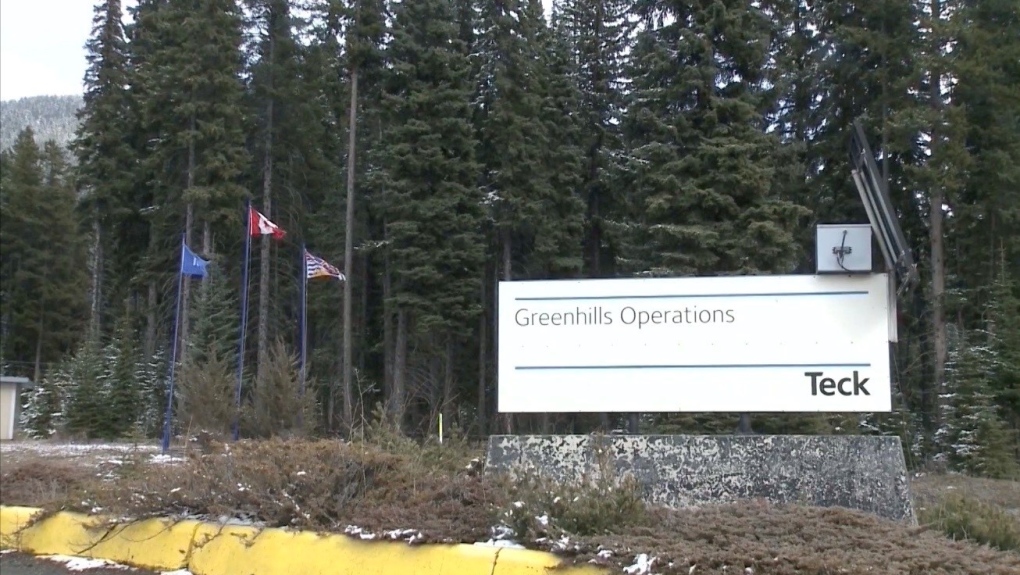 LETHBRIDGE -- Teck Resources and the Crown have resolved charges under the Fisheries Act in connection with the discharges of selenium and calcite from steelmaking coal operations in the Elk Valley in 2012.

The coal mining company pleaded guilty to two counts during court proceedings in Fernie Friday, as the Crown and defence lawyers for Teck outlined a joint submission and statement of facts, which included a $30 million dollar penalty on each count.

It is the most expensive financial penalty ever imposed under the Fisheries Act.

"But on the other hand, it’s really pocket change for Teck."

The Crown and lawyers for Teck Resources settled on a joint submission to avoid a trial that had potential to be one of the largest environmental prosecutions in Canadian history. A representative from the Ktunaxa Nation also delivered a community impact statement saying that the contamination has had an impact on the Nation’s stewardship of the land and waterways.

Teck Resources provided a statement, which included an open letter from President and CEO Don Lindsay addressing the resolution of charges.

"We sincerely apologize and take responsibility for the impacts of these discharges."

He said everyone at Teck is committed to responsible mining that protects the environment, “which is why, over the nine years since, we have worked hard to solve this challenge and ensure the watershed is sustained for the long term.”

Teck said although there has been mining in the Elk Valley for more than 120 years, it wasn’t until 2010-2012, through independent research commissioned by the company, that they began to understand the full extent of the impacts of selenium and calcite releases on water and aquatic health in the valley.

Wildsight said heavy pollution in some parts of the Elk Valley has led to a collapse in the trout population recently, with 93 per cent of adult trout disappearing in just two years.

Sander-Green said despite the use of water treatment plants and additives the levels of selenium and calcite have continued to get worse since 2012.

"This is a long term problem that is going to keep flowing for centuries, maybe even longer."

Teck said in 2014, the company began implementing a long-term strategy with the goal of stabilizing and reversing the trend of selenium, calcite and other constituents while improving the health of the watershed.

The company said it has invested about $1 billion so far to implement the plan and has constructed cutting-edge water treatment facilities that are successfully removing selenium and calcite from local waterways.

According to Teck, additional water treatment facilities are under construction now, with more in the planning stages. They intend to invest up to $655 million over the next four years on work to protect the watershed.

Teck said the plan is adaptive, so as new and better technologies are developed, they will make them part of the company approach.

But Sander-Green maintains it’s highly unlikely the company will continue operating water treatment plants once the coal is gone and the mines are no longer making money.

"So really what we are doing is just putting a Band-Aid on a really, really, long term problem."

Coal mining along the Eastern Slopes is a hot issue in Alberta right now.

A recent poll conducted by the market and social research firm Leger has found the majority of Albertans want more protection for the Eastern Slopes.

The poll, commissioned by the Canadian Parks and Wilderness Society and The Livingstone Landowners Group showed that 76 per cent of Albertans are in favour of more protections for nature and recreation.

It also revealed that 66 per cent of Albertans are opposed to new coal mining in the region, and 64 per cent are opposed to ongoing exploration activity, such as drilling, in the Eastern Slopes.

More than half of the people who responded to the poll said they don’t trust that the government public consultation process will provide fair representation for what they want.

Lethbridge West MLA Shannon Phillips said the large penalty imposed in the Teck case recognizes the seriousness of what happens when selenium or other contaminants are released in waterways by large mining operations.

"What it shows us is that the risks are real."

Many communities in the southwest have expressed concern about the United Conservative government’s plan to expand coal mining along the summits and eastern slopes of the Rocky Mountains, the source of much of the area’s drinking water.

They have said they’re worried about water demands from any new mines, as well as possible contamination from pollutants such as selenium.

Phillips said any coal mining activity that occurs in category three lands should be accompanied by extremely stringent conditions imposed by both the federal and provincial governments.

"The risks are very, very serious for our agriculture economy, for our tourism related economy, for all of our wildlife and fish populations," said Phillips.