'This virus was not made by us': Filipino employees say they face discrimination after Cargill COVID-19 outbreak

CALGARY -- Close to 70 per cent of the workers inside Cargill’s High River meat processing plant are of Filipino descent,  the site of Canada’s largest outbreak of COVID-19, and say it’s resulted in a backlash against them.

“Some of them are being asked ‘Are you an employee of Cargill?’, and they get turned down to shop at a grocery store for example," said Marichu Antonio the executive director of ActionDignity, a Calgary-based non-profit organization . “Even if they have been cleared by Alberta Health Services, they have to go back home not carrying any groceries because they're not allowed to get in.”

Antonio said some banks have even refused entry to members of the Filipino community for fears they may be carrying the virus.

“And now it’s being written online” said Antonio, “blaming the Filipino community for spreading the virus when the reality is they (Cargill workers) got this from work.”

Arwyn Sallegue is one of those Cargill workers who contracted COVID-19 on the job.

“No one can be blamed because this virus is not made by us," said Sallegue. “You can’t blame someone else, it's just a virus. Everybody can get hit by this virus, (it) doesn't matter who you are, if you are white or black, or anyone.

"Everyone can contract it."

While many Cargill workers are Temporary Foreign Workers (TFW), Sallegue is a permanent resident of Canada.

He tested positive for COVID-19 on April 23.

The same day, Sallegue’s father Armando , who was visiting from the Philippines, tested positive for the disease.

Monday morning Sallegue got notification he no longer had COVID-19, but he remains in quarantine. Additionally, three of Arwyn's five children have recovered from COVID-19.while a fourth is awaiting test results (his youngest child tested negative). His wife Mercy, has symptoms of the disease, but has not yet been tested.

Sallegue’s father is in Calgary’s Rockyview hospital, where Sunday night a nurse holding a mobile phone let Arwyn and his family show their love and support to Armando as he was sedated and placed on a ventilator. 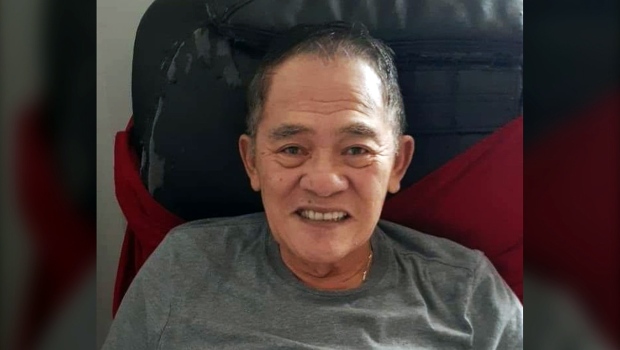 Cesar Cala with the Philippines Emergency Response Taskforce said Filipinos are not to blame for the Cargill outbreak.

Cala said Alberta health officials and politicians need to speak out against scapegoating.

"Our public officials, public health officials, people who have who have a leadership role to play in our public realm, they need to give out the message that this is an issue that all of us own, and not to single out people.”

Another significant issue surrounding the Cargill employees is the fact that many of them are Temporary Foreign Workers (TFW), who face strict limitations on job mobility.

Cala said TFW’s ability to stay in Canada is tied to employment with a single employer, so they are not able to quit and look for a new job when they feel unsafe at work. Cala says even though the work performed by Cargill workers is essential, it is undervalued.

“If we really valued the work that they do then let it show.” said Cala “Let it show in terms of of their economic well-being and also their overall well-being.

"ff we did have that in place in the first place," he added, "then some of the (workplace illness) situations would be different.”

Action Dignity is raising funds to buy groceries and protective supplies for Cargill employees and their family members impacted by COVID-19, which are being delivered by community volunteers, such as nurses and grocery store employees, said Antonio.

"We call them angels," she said. "We have the stories of these workers, but we don't have the support, so we've been calling friends and asking them to please donate to Action Dignity and put that it's for Cargill workers.

"We'll order from stores and give them a list of the things they (COVID-19 positive workers) need and (then) they don't have to go out. We just have to connect people." Antonio said the organization is trying to raise around $250 per family, which is what she says it costs to support a family of four to six people for two weeks.