CALGARY -- A 12-kilometre section of the southwest leg of Calgary's ring road is now open but for a family displaced by the highway, the announcement was not embraced as a reason for celebration.

Kenney called it a "historic day of partnership and prosperity."

"We are here with our friends and partners from the Tsuut'ina to celebrate some really great news," he said.

"We have made huge progress on the southwest Calgary ring road and today, we are opening a 12-kilometre stretch between Sarcee Trail and Fish Creek Boulevard. It is open to traffic and Calgary will be moving more quickly, more efficiently.

"After 70 years of patience and four years of construction, finally this good day has come."

Following statements by the dignitaries, Seth Cardinal Dodginghorse took to the podium to address the gathering and express his family's pain.

"Today is not a good day. I woke up this morning to see my mother crying when she heard the news that this road was going to be opening."

Dodginghorse said his family had lived in the home for generations before they were forcibly removed in 2014, erased from Tsuut'ina Nation supports and services and left homeless.

The 26-year-old finished his address by thanking the assembled group, showing them a container of dirt he collected from the site of his former home before cutting off his braids and tossing them aside on the highway. 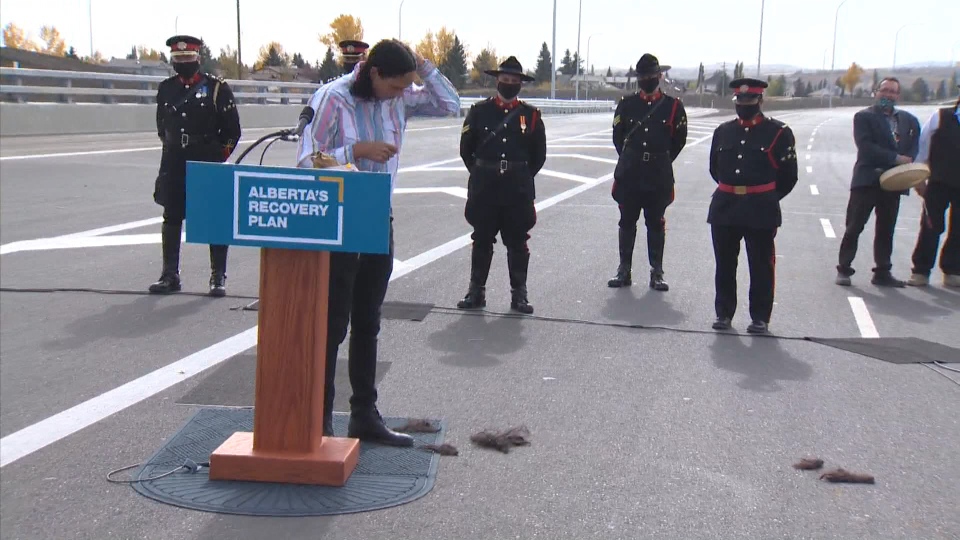 Chief Roy Whitney of the Tsuut'ina Nation responded to Dodginghorse's claims by saying the "story's been told", adding he is willing to speak with concerned nation members at a different time.

"We had months of discussion within our community," said Whitney. "Through a process we built some 25 new homes. When the vote occurred it was close to 80 per cent in favour of conducting the deal with the province and accepting the lands that were provided to us. It was a community vote and, as our elders would say — and I'm an elder now so I can say it — there's a time and place for everything. So everyone that lived along the corridor had an opportunity at several, several reservation meetings that we had. It was not something that was conducted outside.

"There's agreements by every family members that lived along this corridor that received additional homes or new lands or places to build their home. Those agreements were signed by those families who moved into those locations." 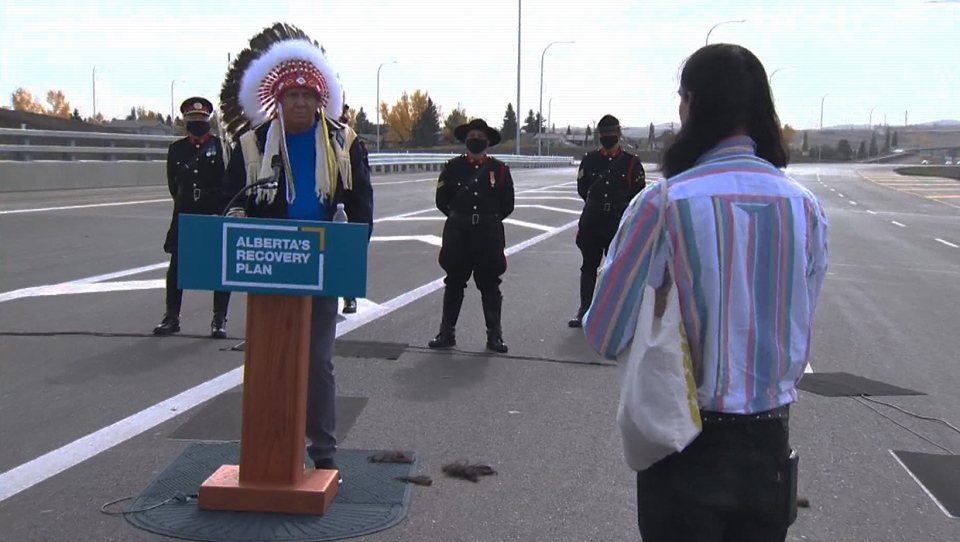 With the opening of Tsuut'ina Trail, the only sections of the ring road that remain under construction are between Fish Creek Boulevard and Highway 22X, and the west leg between Glenmore Trail/Highway 8 to the Trans-Canada Highway.

As of June, the province said the entire ring road is scheduled to be complete by 2024, with the remaining section of the southwest leg set to open by the end of this year.