Hundreds of students moved into residence at the University of Calgary on Sunday, but some are still waiting to secure housing for the fall semester.

“It’s the first year in over 10 years that we’ve been full, so we are seeing higher demand,” said Shane Royal, senior director of ancillary services at the U of C.

Amanda Callaghan is one of those students. She is following in her older sister’s footsteps, moving away from home in Vancouver and into the same residence at the U of C.

“I feel like the whole drive here, I didn’t really realize that I was actually moving away. I’m the last out of four moving away, so I’ve always been the youngest at home and pulling up here, it kind of hit me and so, I’m very, very nervous right now,” she said.

Callaghan’s mom Sue said this move brings back a lot of memories of her eldest daughter’s move. 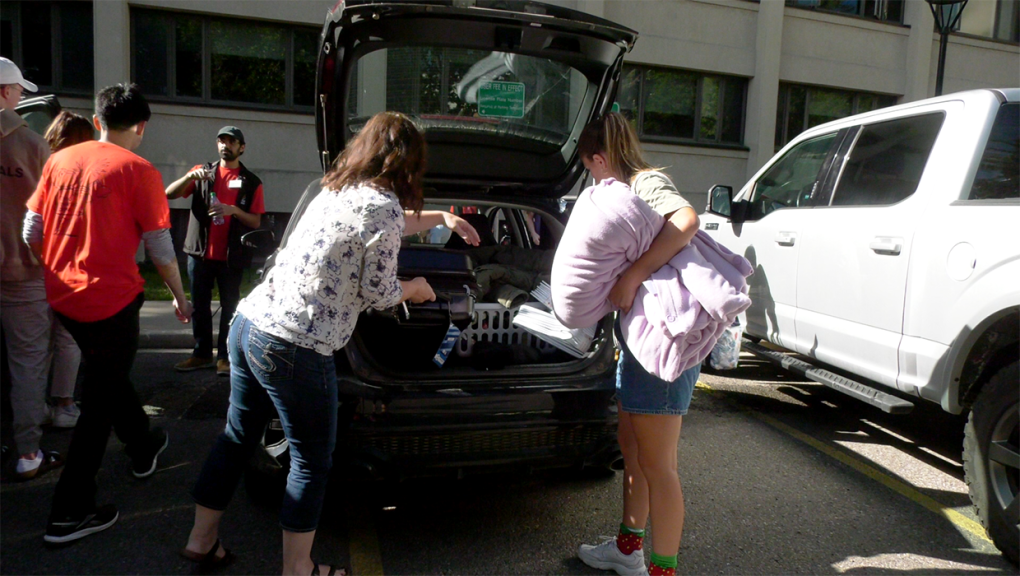 “It’s just as welcoming now as it was back then. And I’m really, really excited for Amanda because this is a new chapter in her life,” she said.

Sue added that her other daughter helped them with the residence application, allowing them to secure Callaghan’s spot.

Taylor Sanford, another first year student who is from Salmon Arm, B.C., said it was important for her to live in residence.

“Most of my older friends have always stayed in residence and they always say it’s such an amazing experience, you meet so many new people,” she said. 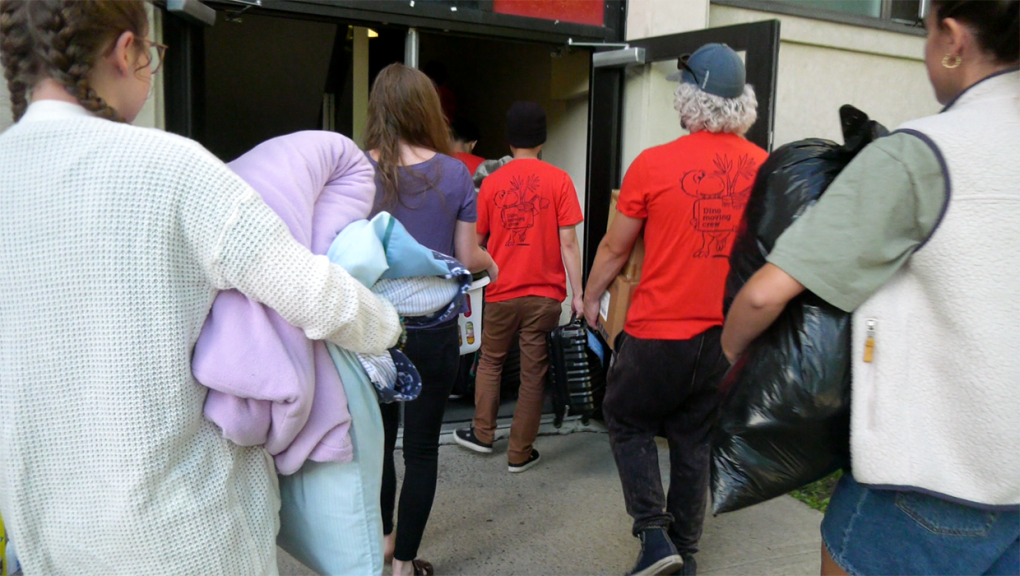 In order to address the increased demand, the U of C has added 200 beds this year, allowing it to house 3,000 students in total, according to Royal.

First year students all the way up to graduate students and families can apply for residence and have the option to live there for four months, eight months or a full year.

There is currently a waitlist for students wanting to live on campus.

“A few weeks ago, it was at about 550, and through some of the mitigation measures we’ve taken, we’re down to 102 as of today, and we anticipate that that will continue to go down over the next couple of weeks” Royal said.

“We’re always concerned with waitlists and ensuring the students are able to find housing.”

Royal said the university also has emergency housing for students who have nowhere to stay. So far, no one has used it.

“We’re partnering with a couple local hotels and then we will house them for five to seven days and cover their housing and food, and during that time, then they are able to find housing for the longer term, whether that’s with us possibly or elsewhere within the city,” he told CTV News.

Royal added that the students’ union has also helped connect landlords with students for housing arrangements.

He believes COVID-19 restrictions being lifted is one of the many factors behind this rise in demand.

“People are excited to be back in person, so we’re seeing that component of it as well. And also, with the housing in the city, the rents have gone up significantly and the vacancies are very low, so when you take all those factors together, it has created additional demand for our housing,” Royal said.

Anna Marrello, senior community ambassador for Glacier, Olympus and Aurora Halls at the U of C, supports students throughout their stay in residence.

She said she isn’t surprised a lot of people are choosing to live on campus.

“The convenience of it, I think is a highlight for a lot of people. I know it was for me. So, it’s definitely just nice to be close to everything on campus,” Marrello said.

The Southern Alberta Institute of Technology (SAIT) said residence is nearing capacity, which is expected for this time of year. It adds that it primarily serves the SAIT community and Alberta University of the Arts students.

“Until capacity is met, we’re happy to accommodate and prioritize MRU students who need a place for the upcoming year,” the university said in a statement.

“If students from the University of Calgary are without housing, they can contact us to discuss availability.”

The U of C has taken them up on that offer.

“We’ve worked with some of our partner institutions, Mount Royal and SAIT, to help some of the students that are staying at those locations as well, so we appreciate the help that they’ve given us,” Royal said.