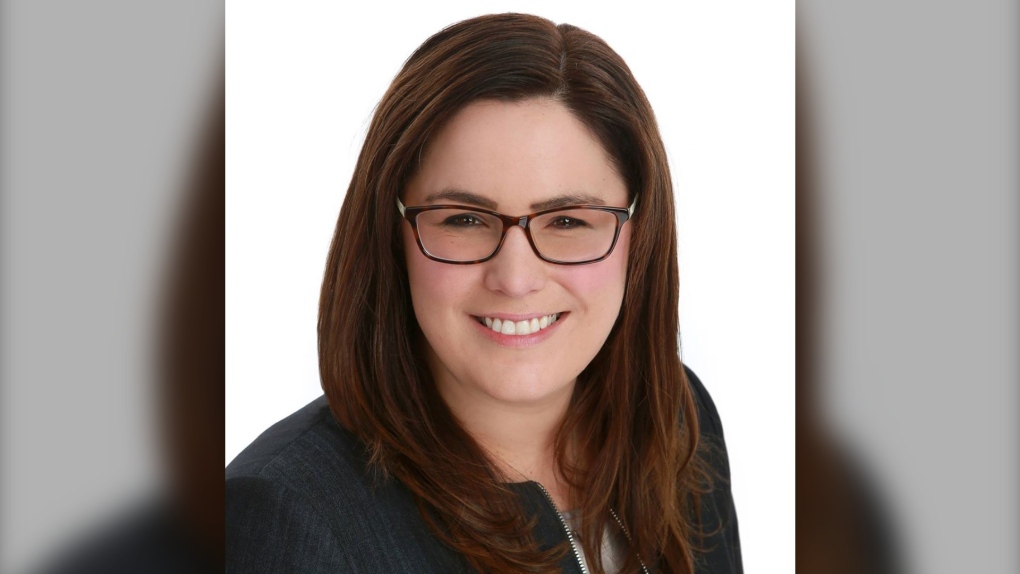 Deputy Speaker Angela Pitt made a post on her Facebook page on June 7 that some said stoked the feelings separation from Canada. (Facebook/MLA Angela Pitt)

CALGARY -- A southern Alberta MLA is drawing attention after making a Facebook post asking whether or not Alberta should consider becoming an "autonomous province."

Angela Pitt, the UCP representative for Airdrie-East and Deputy Speaker in the Alberta legislature, posted on her Facebook page about whether Alberta would become an autonomous province and linked to an article on South Tyrol in northern Italy. 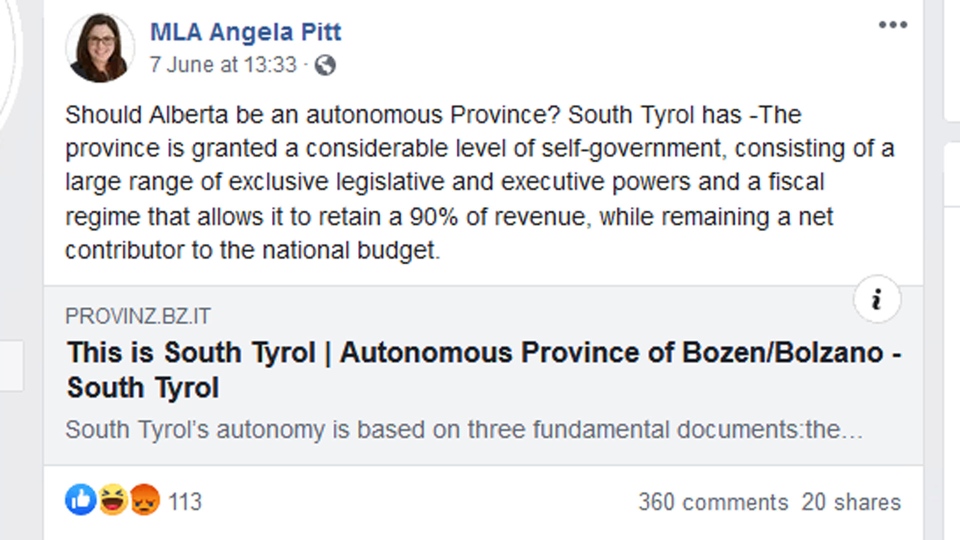 But she doesn’t advocate for it.

The June 7 post has already received hundreds of replies, with many of them rejecting the notion, even going so far as to call it "treasonous."

Others who said they found the study "interesting" still understood that the situation in South Tyrol, where a majority of the citizens are of Germanic descent, have a much different motivation than Albertans seeking to separate.

In the thread, Pitt told a number of the commenters that posting the South Tyrol study was only a 'conversation piece' meant to encourage discussion about Alberta's role in Confederation.

"We would remain Canadian," she wrote. "Maybe this is the compromise for those on either side of the fence on this issue."

Meanwhile, others said Pitt should focus on helping her constituents with the issues that matter to them.

"Try to help your constituents with the things that are important in their lives, such as job creation, decent health care, fully funded education, environmental protection, etc.," one reply said.

When asked about the post during Tuesday's media briefing, Premier Jason Kenney admitted he hadn't seen what Pitt had written but stood behind allowing MLAs to share their thoughts with constituents.

"They do speak their minds as they should on behalf of their constituents, including provoking debate on various issues, that's part of democratic discourse. Obviously, the government of Alberta is committed to a stronger Alberta in the Canadian Federation and that means more autonomy for us in the Federation, a stronger exercise of our constitutional rights in the Federation."

He added that fighting for more autonomy in Alberta was part of what his Fair Deal Panel was trying to do. Kenney said the final report from that committee is expected very soon and looking at how things were run in other parts of the world isn't "unreasonable" at this point in time.

"(The Fair Deal Panel report) outlines a whole lot of a lot of other ways that Alberta can assert its role within the Federation, its constitutional jurisdiction," he said.

"I don't think looking at different the ways that different Federations function around the world is unreasonable when we're having a debate about Alberta's role in the Federation."

The NDP Opposition isn't pleased with the rhetoric of both Premier Kenney and Deputy Speaker Pitt.

"At the same time, they are exploiting a loophole to divert Canadian tax dollars away from struggling Alberta businesses and into their political party’s bank account. Angela Pitt should apologize and pay back the UCP’s taxpayer bailout."