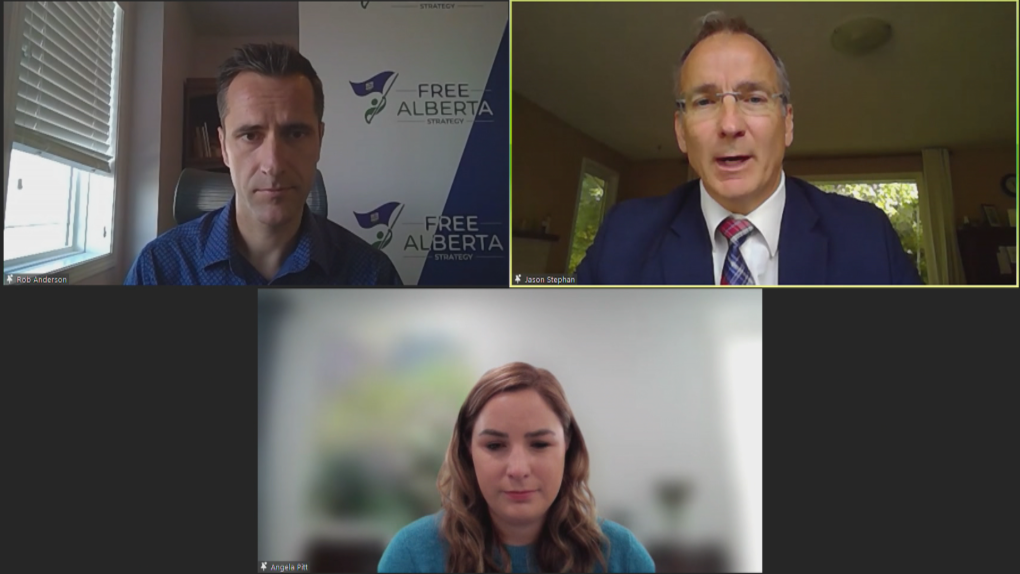 Three UCP MLAs participated in an online conference calling on Premier Kenney to make Alberta a sovereign jurisdiction within Canada but endorsements of the premier's leadership were few and far between.

During the 'Free Alberta Strategy' availability, the three MLAs — Angela Pitt, Jason Stephan and Nathan Cooper —were asked if they had confidence in the premier.

"No I don't," said Pitt, Airdrie-East MLA. "And I don't think my constituents do either."

"The members who elected the premier will decide whether they wish to have him continue as the leader," answered Stephan, the MLA for Red Deer-South. "I'll respect that decision."

Cooper, the Olds-Didsbury-Three Hills MLA and Speaker of the Alberta Legislative Assembly, elected not to respond to the question.

In April, Cooper, Stephan and Pitt were among 17 MLAs who signed a letter denouncing the COVID-19-restrictions the province had recently implemented.

Cooper later apologized in the legislature for declaring his stance and for "crossing a line that the speaker ought not to cross."

Pitt was accused by the NDP earlier this month of attempting to undermine Alberta's vaccination efforts with her social media posts. In June, she called on the premier to relax restrictions in the province after photos surfaced of Kenney and other members of caucus gathering on the patio of the 'sky palace' in Edmonton.

Earlier this year, Pitt and her fellow MLA Drew Barnes signed on to join the End the Lockdowns national caucus.

Stephan resigned from the treasury board after admitting to travelling over the Christmas holidays in 2020.

According to the Free Alberta Strategy initiative, the provincial government should "implement a package of legislative reforms and other policies empowering Alberta to immediately assert itself as a sovereign jurisdiction within Canada, offload the burden of Ottawa’s tyrannical economic policies against the province, and secure self-determination for its people."

The strategy was released jointly by former Airdrie MLA Rob Anderson, University of Calgary political scientist Barry Cooper and constitutional lawyer Derek From in cooperation with the Alberta Institute

"Alberta’s future needs to be decided by Albertans - not by Ottawa politicians thousands of kilometres away," said Jason Stephan in a statement released alongside the strategy. "Self-reliance and self-determination are core principles of Albertans, and the Free Alberta Strategy will help to free us from the control the federal government exercises over our people."