CALGARY -- The United Conservative Party has passed all of its policy resolutions this weekend, including a controversial proposal to potentially introduce a two-tiered health-care system in Alberta.

The party's annual general meeting was conducted online this year because of the risks posed by the COVID-19 pandemic.

During the virtual meeting, UCP members voted on 30 party resolutions ranging in topics from tax collection and transfer payments to seniors' care and labour legislation.

The narrowest vote came during Policy 11, a proposal to "support the option of a privately-funded and privately-managed healthcare system."

The idea of a move to privatizing Alberta's healthcare was recently met with opposition among some grassroots organizations in Calgary.

Luanne Metz, a member of the political action committee Eyes Forward, said while Premier Jason Kenney promised time and again not to introduce the policy, the UCP's Policy 11 does just that.

Members of the PAC claimed the move to privatize healthcare could destroy the system. 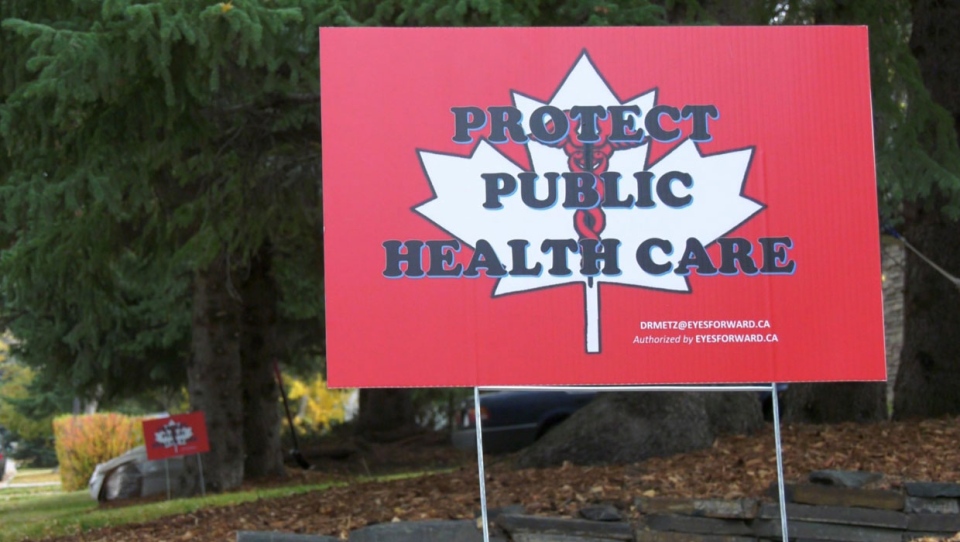 "But we have a limited number of care providers. And so if we turn some of us into providing care in a private system, that will mean longer waitlist in the public system,” said Metz.

“A huge part of our society, including any of us, who may be stopped working lose our jobs. Maybe when we retire, we may not have the same resources, in which case, now our health care system is much worse than it is now. And the waitlist will be infinite."

"Our priority today is improving Albertans’ access to publicly-funded health services, including reducing wait times which have increased in recent years," said Christine Myatt, spokesperson for Kenney's office in an email to CTV News.

Myatt says the UCP was elected on its 2019 election platform that pledged to "maintain or increase health spending and maintain a universally accessible, publicly funded health-care system."

The policy adopted by the UCP on Sunday reads, in part: “Physicians should be allowed to accept/ take on more responsibility of supplying care to patients on a private fee for service that each feels will allow their practices to remain solvent and grow in scope.”

“We will use other mechanisms including, you know, private providers to be able to provide the public system with efficient access to things like surgery,” said Nixon.

“But the people that participate or get that type of surgery will be it will be paid for by the publicly funded system."

Political observers say privatizing health care — even in Alberta — is a tough sell and the UCP is likely to take a hit in the polls following the weekend AGM decision.

”I think this certainly adds to the questions that Albertans have about whether or to what extent their government is committed to providing quality health care, particularly to those who are poor, or elderly or vulnerable in general. That being the case, I think they're going to tread pretty carefully on this,” said Mount Royal University political scientist Lori Williams.

“What about all of the Albertans who voted for UCP last time around and are scratching their heads wondering what this government is thinking letting this sort of thing go forward?”

As well as the Health care privatization resolution, the UCP also passed proposals to establish an Alberta Pension Plan, reduce the size of government and work towards strengthening the province as a "global hub for technological innovations."

The virtual meeting will continue next Sunday.

(With files from Timm Bruch and Kevin Green)