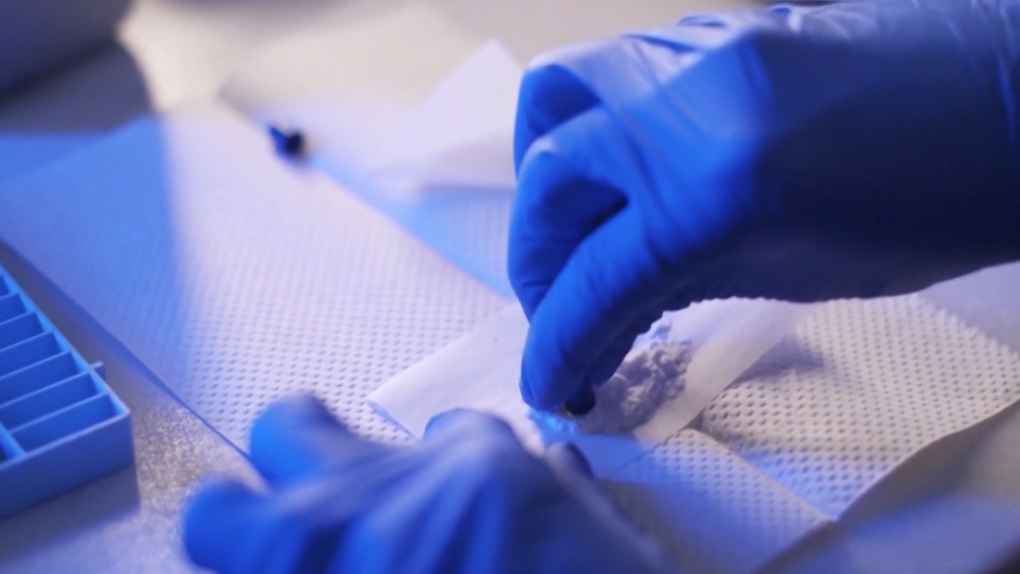 The Parker Psychedelic Research Chair at the University of Calgary will oversee research into psychedelics as a treatment for mental health concerns. (file)
CALGARY -

A first of its kind in Canada research chair is being established in Calgary to oversee exploration into the potential use of psychedelics to improve mental health.

The Parker Psychedelic Research Chair is being funded by Calgary businessman Jim Parker, who donated $3 million to the Hotchkiss Brain Institute to establish the program.

Trapped in her home and paralyzed by flashbacks, she was afraid to leave the house and was unable to study for school.  She saw a doctor and trauma counsellor, and was prescribed medication to help her overcome the PTSD. She says the treatment did little but left her feeling numb and unable to heal.

"I was very concerned about Courtney and, in 2018, I started reading the psychedelics-related research papers out of Johns Hopkins, Imperial College and others," said Parker. "The data was showing that psychedelics were providing benefits to people suffering from anxiety, depression, addiction and PTSD.

"At that time there weren’t any options for this type of treatment in Canada, so we decided together on a clinic in California."

Parker helped Courtney book into the stateside clinic offering psychedelic therapy and she received five rounds of intravenous ketamine therapy.  The treatments were carefully dosed and conducted under medical supervision.

"They took me into a room with a chair and sleeping mask and headphones with spa music. The ketamine took me out of body – you’re able to see your trauma from a third-party perspective, which was really helpful," explained Courtney. "For the first time, I could see myself from a place of compassion. It was not easy to go through, but it was definitely beneficial."

Courtney says she has returned to living a full and happy life post-treatment. While she still sees her doctor and therapist, she has stopped taking many of the medications and is set to graduate with honours from business school this year.

"She tried everything she possibly could and it wasn't working," said Parker. "Then this did work, and it really was transformational.   I had read the research but to see firsthand how these treatments helped Courtney was amazing.

"We need research to better understand the safety and efficacy of these treatments in order to gain mainstream acceptance and maximize the benefits."

In the United States, the medical use of psychedelics has been given 'breakthrough status' by the U.S. Food and Drug Administrations to fast track work into this area of treatment for mental health issues.

"That being said, it's far from a slam dunk. We need bigger trials, we need well-designed trials, and we need to really investigate who this works for, and who it doesn't.  That's why the Parker Chair in Psychedelics, which is the first of its kind in Canada, is really going to be instrumental in our broadening minds around, not just this new therapy,  but looking at other new therapies as well."

Parker is also starting a private clinic in Calgary, aiming to provide a place where people can receive legal ketamine assisted therapy, and participate in research trials with other psychedelics.

"The idea is to start with what we can use legally, which is ketamine. The setting, and the model of therapy would be very similar in the future for psilocybin and MDMA (methylenedioxymethamphetamine)," said Parker. "There's a lot of research going on in those areas. So I think we can expect that there's a good chance that we can use those substances or medicines in the near future."

There is already one clinic in the Calgary area providing psychedelic treatment under licence from Health Canada.

Atma Urban Journey Clinic uses magic mushrooms in its therapy.  Under federal legislation, it is presently only allowed to offer psychedelic treatment to terminally ill patients. David Harder, the clinic's founder, says overcoming the misguided perception of psychedelics —often seen as 'illicit drugs' — is perhaps the biggest advance the U of C research chair might make.

"The stigma is still pretty high. Although what we're seeing in the last year, even in 12 months, I would say the stigma has dropped by half," said Harder. "Psychedelics have just been suppressed for so long. It's frustrating to me that we're doing this so that we can convince Health Canada to make it legal. It should be where we should be doing this so that we can find new and interesting ways of applying these things."

The university is currently recruiting worldwide for a candidate to fill the position of chair of psychedelic research. The competition closes on Jun 30