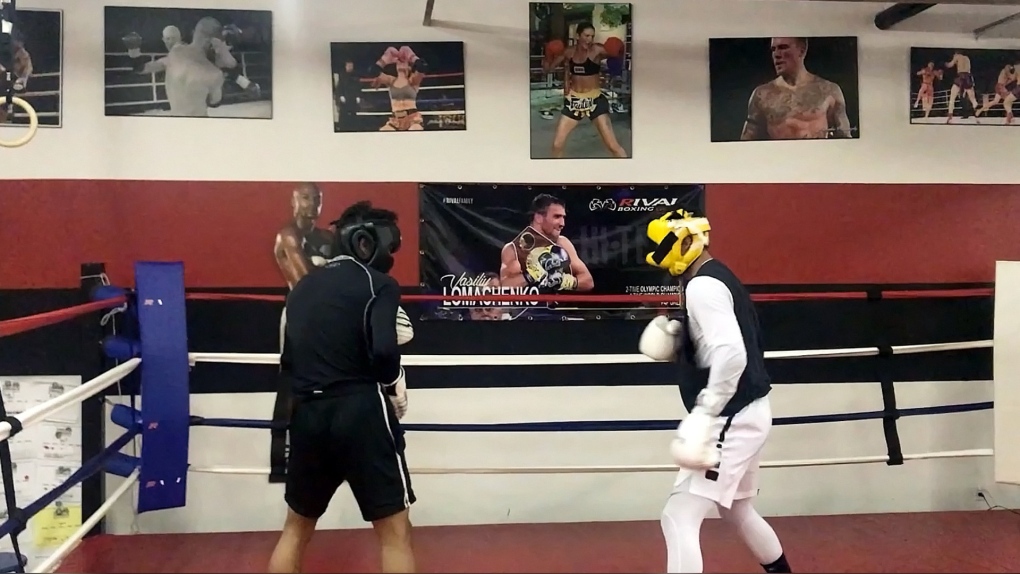 University of Calgary researchers found fighters in their 30s to 40s have similar vestibular responses to those of senior citizens.(U of C)

CALGARY -- Research suggesting middle-aged athletes who suffered repeated blows to the head have similar brain patterns to an average person twice their age is paving the way toward technology for guiding 'return-to-ring' decisions.

"The athletes were bringing in were very healthy, young adults in (their) 30s to 40s," Peters told CTV News. "They presented with patterns of this vestibular response that were matched up almost perfectly with 70 to 80-year-old adults, which was quite alarming that that much change can happen.

"Advanced aging is sort of how we're viewing this."

Peters refers to the findings as both "startling" and "alarming," noting significant deterioration in vestibular system function in athletes following long stretches of fights and sparring that resulted in balance impairment and dizziness.

"There's this terminology out there — punch drunk, the fighter has a glass jaw, or a tough chin —  and these are all sort of terms that are thrown around. And we think there might be something to that with how their vestibular system is adapting when they're being punched, how it has changed maybe over their career, that leads to this this pumped punch drunk or you know, weak chin.

"Often you've seen anecdotally (if a) fighter has a pretty serious knockout they're never quite the same, right? They don't come back, they're seemingly easier to knock out the next time and you see them go down a lot easier. So I think there's something to that there and this could be really a quantitative way to assess that punched drunkenness."

Peters says assessment can be completed using the stimulation responses throughout the body, be it the leg muscles or eyes for balance or sensation reaction elsewhere.

The research team conducted its study using EVS that required a huge rack of equipment and large stimulators in the lab setting, but its successes prompted the exploration of ringside applications.

"We're working with PROTXX Medical Limited here in Alberta, to develop and commercialize a wearable device that can deliver the stimulation and, and do this type of testing.

"In the fighter population, I think that if the trainer was armed with such technology, they could make these assessments periodically on the athletes and be better informed about decisions surrounding return to ring say after a serious fight or knockout and also career length. So when  you have reached that point where you're looking like a 70 or 80-year-old, (you) should probably hang up the gloves and give your nervous system a rest before the damage becomes too severe."

Peters says the ability to diagnose deterioration and guide decisions to ensure athlete safety would prove beneficial for contact sports away from the ring including hockey, football and rugby.

PROTXX Medical Ltd. has developed its next generation wearable balance assessment device, utilizing EVS technology, and has filed for a U.S. provisional patent.