Two people are dead after a fire early Saturday morning in the northeast Calgary neighbourhood of Harvest Hills.

At around 1:20 a.m., the Calgary Fire Department responded to a call of a structure fire on Harvest Oak Circle NE. They discovered smoke coming from the attached garage of a multi-family residence connected to four adjacent homes.

Firefighters were met by people outside the building who directed them inside.

Crews discovered two adults, and transported them outside, where they were determined to be dead.

One other woman and her two children who live in the residence escaped uninjured.

“We had a total number of 28 firefighters on eight apparatus and they managed to arrive within six minutes of the initial call,” said Gordon Best, north district chief with the Calgary Fire Department. 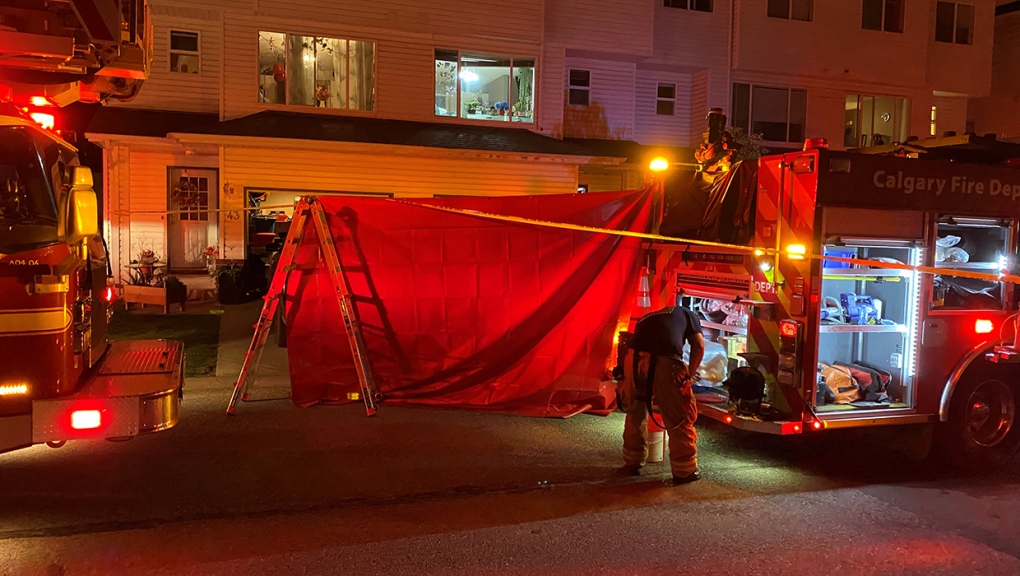 “Two people were found deceased in the garage and it was just based on the fire conditions there which were quite hot. The good news was that the door to the other residence was closed, which is why the damage continued to be so minimal because the fire wasn't allowed to stretch for anybody else.”

Best adds that fire and arson investigators are continuing to determine the cause.

Fire damage was confined to the garage, with minor smoke damage in the rest of the building. Residents were temporarily evacuated, but have since returned to their homes.

Later Saturday morning, neighbours placed flowers at the doorstep of the home to show their support and offer condolences. 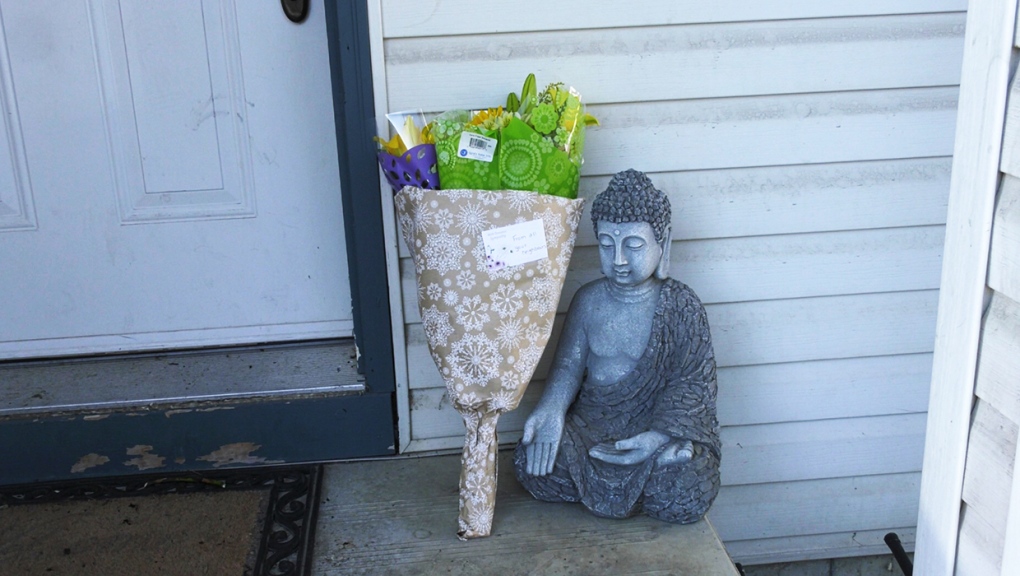 Michael Newton lives just a few doors down and says he was surprised to hear the tragic news.

“I had to double check to confirm this actually happened in my little community because I fell asleep with all the windows open last night and I didn't hear anything.

Several neighbours were also confused as to where the fire had occurred because of such minimal damage to the exterior of the home.

Mahmood Rajan owns and rents out one of the units on the street. He arrived early Saturday to make sure his tenants were OK.

“We were just so concerned,” he said.

“This is a relatively quiet area so it was very shocking to hear this.”

Restoration crews remain on scene at Harvest Oak Circle and a medical examiner is expected to complete an autopsy on the victims in the coming days.