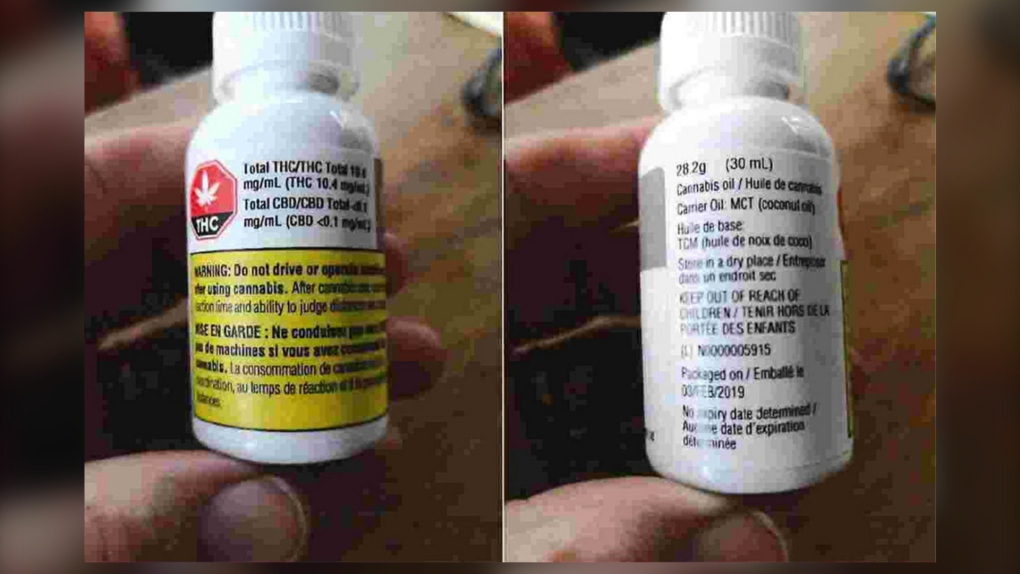 According to the statement of claim, a bottle of Canaca-TenUp oil bought at a store in northwest Calgary in February 2020 was found to have only 46 per cent of the THC level stated on the bottle (supplied)

CALGARY -- A class-action lawsuit filed in Calgary against cannabis companies claims the THC and CBD levels in their medicinal and recreational cannabis products differed from what was represented on packaging.

According to the statement of claim filed at the Judicial Centre of Calgary on Tuesday, June 16, the companies allegedly sold cannabis products to Canadian consumers with drastically different THC (tetrahydrocannabinol) or CBD (cannabidiol) levels than advertised on the label.

The defendants named in the lawsuit are:

The document indicates that THC and CBD levels were found to be significantly higher than indicated in some products while others may have had significantly lower levels as a result of absorption or degradation due to the use of plastic bottles.

The lawsuit is seeking $500 million in compensation for Canadians who purchased medicinal cannabis products between now and June 16, 2010 as well as Canadians who legally purchased cannabis for recreational purposes since Oct. 17, 2018.

Lisa Marie Langevin is named as the plaintiff representing the class-action. The Calgary woman claims to have purchased a cannabis oil from a northwest store in mid-February 2020 at the recommendation of a staff member.

Langevin says it was her first time trying cannabis and she did not feel any psychotropic effects after using the product four times and increasing the dosage, over the period of a month. She then consulted a friend of hers, a doctor, who also tried the product and felt nothing.

According to the statement of claim, the doctor arranged to have both the product and the plastic vial tested and it was determined that the product only had 46 per cent of the active THC level indicated on the vial's label.

The allegations outlined in the lawsuit against the producers have not been tried in court.

The original version of this story indicated the defendants were cannabis retailers. The companies are cannabis product producers.