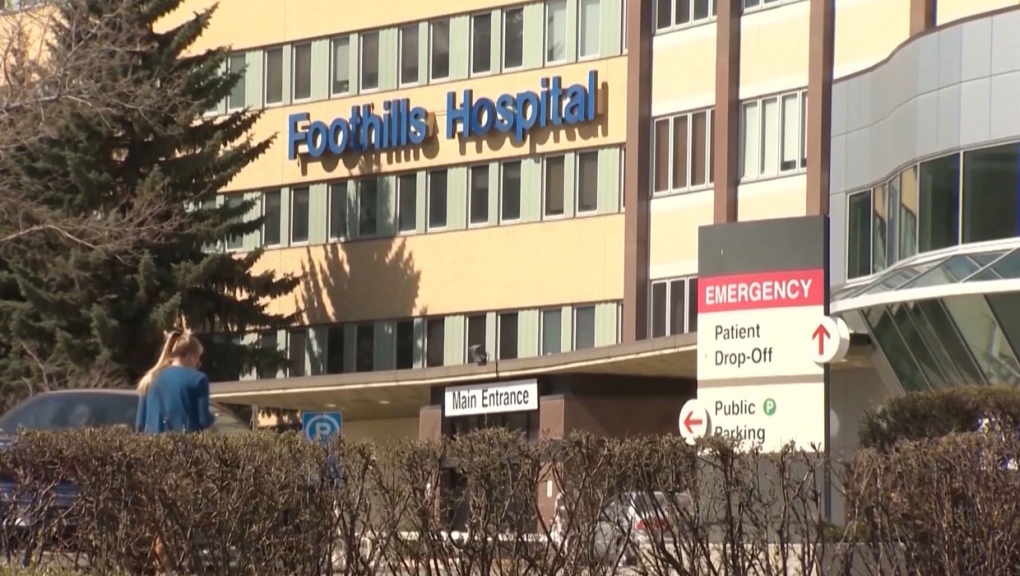 The Alberta Court of Appeal has upheld a ruling from the Court of Queen's Bench that found the detention provisions under the province's Mental Health Act violated a Calgary man's Charter rights. (File)

CALGARY -- The Alberta Court of Appeal has struck down an appeal by the provincial government to set aside a ruling that said the Mental Health Act breached the rights of a Calgary man who was detained for nine months in hospital.

The judgment, which was handed down on July 17, 2019, found the trial judge made no error when she declared Alberta's Mental Health Act violated the Charter rights of J.H., a First Nations man who was held against his will at Foothills Medical Centre.

Both the minister of justice and solicitor general of Alberta, and Alberta Health Services appealed the ruling by the trial judge but, in a decision released Friday, the Court of Appeal denied it.

J.H. was first admitted to hospital after he was struck by a vehicle in a parking lot. The incident left the man with significant injuries to his leg and back.

He was treated in hospital for five months, during which time he lost his rented apartment and his identification. When he was discharged, he didn't have anywhere to go so he went to the Alpha House, a Calgary shelter.

J.H. was brought to Foothills on Sept. 5, 2014, by members of Alpha House's addictions team when an infection in his knee became much worse.

"He was feverish, delirious and in pain because of sepsis in his injured knee," the court document reads. "He also was suffered a liver condition as a result of previous alcohol consumption. He consented to knee surgery and various medical tests."

The court heard that after 20 days in hospital, J.H. sought discharge but that was denied. He was ordered held there under the terms of the Mental Health Act, despite having no history of mental illness.

According to documents, the act can order the detention of patients in situations where there is concern over the safety of the patient and others in the community.

His first psychiatric admission was authorized by a family doctor while the next day, a second Form 1 certificate was issued by a hospitalist who observed him for four minutes. Both doctors noted J.H.'s alcohol use but at no time was he or any member of his family told about the reasons why he was being kept in hospital.

Furthermore, the court found several more documents were issued to renew J.H.'s detention and there was no evidence that any of those Form 2 certificates were given to either J.H. or his relatives. There was also no evidence he was given access to counsel to appeal the certificates.

During the nine-month-long detention in hospital, J.H. was given anti-psychotic drugs despite the opinion from psychiatrist that he did not require treatment.

He also asked numerous times about his detention and asked to speak to someone about it, but his memory issues resulted in him forgetting about the requests.

On March 6, 2015, in response to an inquiry from the patient advocate's office about J.H.'s certification forms, he was given his renewal certificates up until that point, along with a Form 12 application to request a hearing.

"J.H. completed the Form 12 but, because he misspelled his middle name by one letter, the form was not acted on."

Three days later, after a nurse realized the problem with the form, she went to J.H. and helped him properly complete it and a hearing with the review panel was heard on March 17, 2015.

The court says there is no record of those proceedings and hospital staff stood by their opinions that, while there was no clinical diagnosis of a mental illness, he was "unable to meet the ordinary demands of life."

While the panel upheld the recertification of J.H.'s detention in hospital, another psychiatrist requested a second opinion. This time, the doctor questioned a number of past decisions and recommended a review of his prescriptions.

That same doctor even contacted his mother, who lived in Washington, to seek her consent for his treatment.

In the decision, the judge found AHS did not meet its onus to show J.H. fit the criteria of detention under the Act. As a result, the renewal certificates were cancelled.

At the same hearing, J.H. also sought a declaration that AHS breached his Charter rights and argued the Mental Health Act is unconstitutional.

While the Alberta government sought to have the constitutional matters dismissed on the basis J.H. was no longer detained, the trial judge said the issues were important and in the public interest.

"The trial judge found the Act is overbroad and procedurally unfair and therefore violates the Charter."

Upon review of the trial judge's findings, the appeal court stated there was no error made in that ruling and the Mental Health Act was declared invalid.

The province of Alberta is appealing the ruling that declared a number of sections of the Mental Health Act that deal with detention to be unconstitutional.