Alberta Health says face masks only required if you are sick 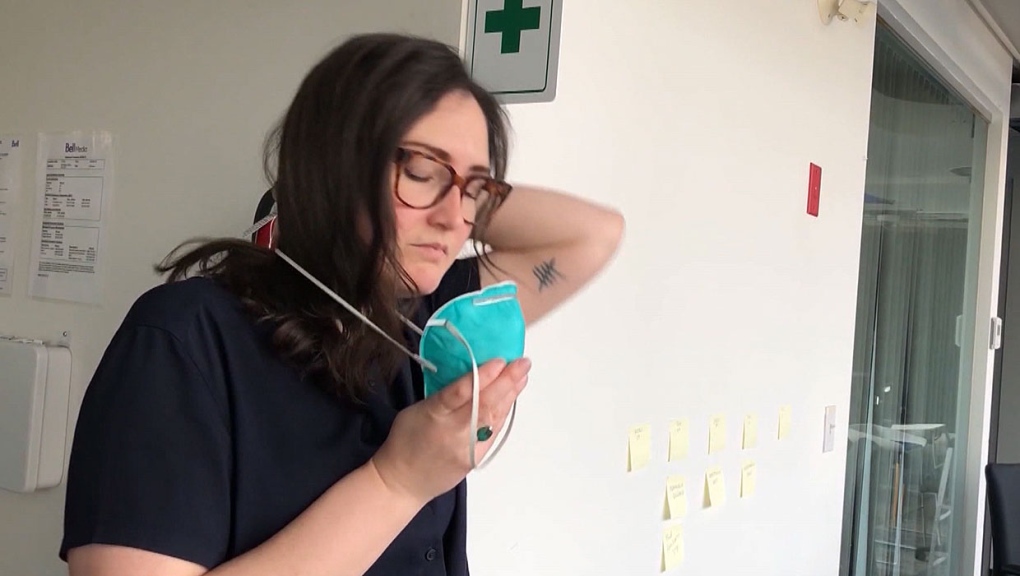 CALGARY -- Anyone who has gone out in public or to the grocery store may have seen their fair share of people wearing face masks but health authorities and city officials say they aren't necessary.

Medical equipment, such as the N95 respirator, according to Alberta Health Services, is meant to prevent others from getting sick when the wearer is ill.

Furthermore, the masks should only be worn by those who are ill and when it is absolutely essential to leave your home.

"Masks are intended to protect others from your illness. Albertans are generally not advised to wear a mask if you are healthy," Alberta Health Services says.

Tom Sampson, chief of the Calgary Emergency Management Agency, also says masks are not necessary for the general public.

"There was some talk that maybe the Center for Disease Control in the United States would engage in this talk and they would change their position," Sampson said during Friday's update. "Their position has been made very clear that if you don't have symptoms and haven't been around someone with symptoms, you don't need to wear a mask in public."

When the City of Calgary approached Alberta Health about the subject, they were told the same thing by Dr. Deena Hinshaw, he adds.

"There's no need to wear a mask when you're out in public. Maybe if you had symptoms and you were going in to see your doctor, call in advance and that's maybe not a bad idea."

He says the true protection against getting infected by COVID-19 is proper physical distancing.

"You have to maintain the two-metre distance. That piece is so important," he said. "If you're going to go out, spread out and enjoy our 8,000 hectares (of parks) that are out there."

Earlier this week, B.C.'s chief medical officer of health Dr. Bonnie Henry said she was considering adopting the measure considering the "flatter curve" of some Western and Asian countries that have had longtime mask usage by residents.

"This is something that we've been considering as well, knowing what's been going on around the world," she told the media Tuesday.

Henry did, however, state that wearing a mask was no substitute to other illness prevention measure such as hand washing and avoiding touching your face.

(With files from CTV Vancouver)