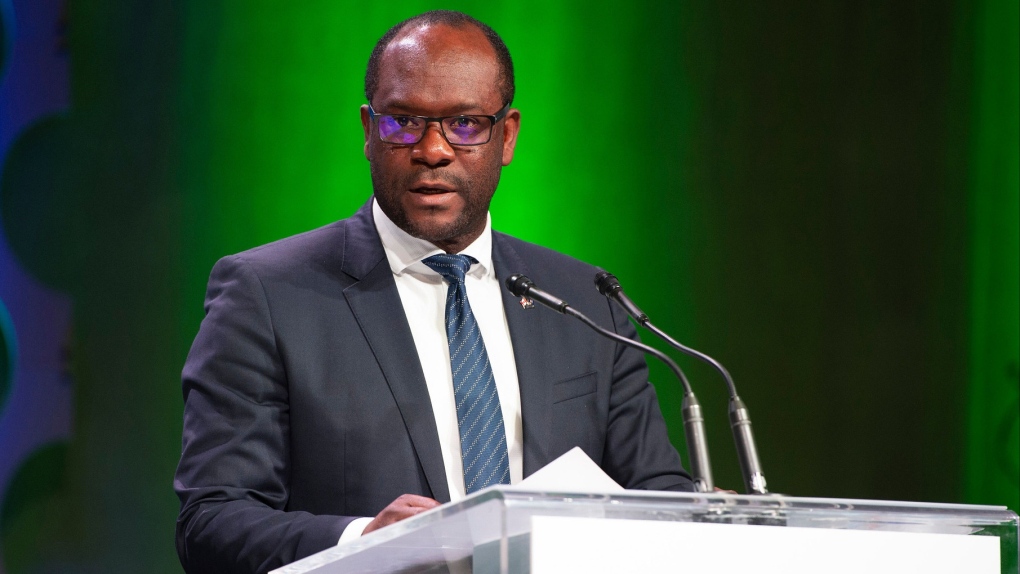 Alberta Justice Minister and solicitor general Kaycee Madu has reached out to the federal government to install tougher legislation over hate-motivated crimes. (File)

CALGARY -- The Criminal Code of Canada needs to be changed to allow Canadians, including vulnerable populations, the tools to defend themselves against hate-motivated crimes, says Alberta's solicitor general.

Kaycee Madu made the comments on Twitter Wednesday, including a screen capture of a letter he wrote to the federal government.

"Albertans need to be able to defend themselves," he wrote. "Vulnerable people should be able to feel safe by carrying pepper spray."

The letter, addressed to federal Justice Minister David Lametti and Public Safety Minister Bill Blair, asked them to consider changes to the Criminal Code, which currently lists pepper spray as a prohibited weapon.

"It is sadly ironic that a vulnerable person carrying pepper spray for self-defence could quite possibly receive a longer sentence than her attacker."

Madu also said the spray would serve as protection for potential victims of drug-fuelled attacks.

"Our government wholeheartedly supports the notion of permitting Albertans, and indeed Canadians, to defend themselves in circumstances where they are in serious risk of imminent danger."

In addition to the amendments to the Criminal Code, Madu also suggested tougher penalties, including mandatory minimum sentences, for those found guilty of hate-motivated crimes.

"An example from June of this year comes to mind, where in Edmonton a man was sentenced to seven months for three separate race-motivated assaults," he wrote.

"With the time the perpetrator had already served, this man would be back on the streets a mere 35 days later."

Madu did not make any suggestion about how long any proposed mandatory sentence would be, but insisted they would have a "deterrent effect" on those crimes.

"While the overwhelming majority of Albertans and Canadians are welcoming and tolerant, I am confident we can agree this is an issue of utmost importance."

My letter to the federal ministers on hate-motivated crimes.

Albertans need to be able to defend themselves. Vulnerable people should be able to feel safe by carrying pepper spray.

And those found guilty need to spend more than 35 days in jail.

We urge them to take action. pic.twitter.com/y4EnP2heq4