While many Alberta doctors agree that the province's move to return contract tracing in schools is the right way to go, they also say much more can be done to protect students in classrooms.

One of those methods could be mandating vaccination for all students who are eligible to receive them, says the Alberta Medical Association.

It's among the latest list of ideas put forth by the group in the midst of COVID-19's fourth wave in Alberta, a surge that has seen an average of more than 1,000 new daily cases for some time.

Earlier this week, the provincial government said it would track school outbreaks and conduct contact tracing, but the AMA says "additional steps" are needed to maintain in-person schooling for Alberta students.

"We were relieved to see that government is resuming public reporting of COVID-19 cases in schools and that they will be contact tracing and conducting rapid testing for kindergarten to Grade 6 schools experiencing outbreaks," said Dr. Michelle Warren, AMA president, in a release.

"Appreciating the importance of in-person schooling for children, if there is to be an accommodation to mandatory vaccination in children, this should be accompanied by other measures such as frequent testing of unvaccinated students." 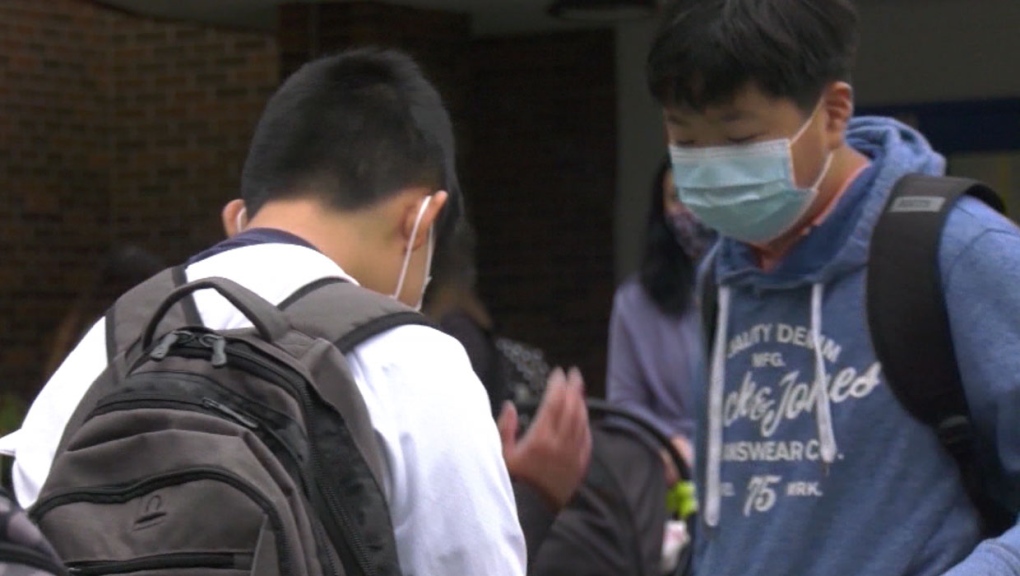 The AMA said the mandatory vaccination shouldn't just be limited to school environments either. It says public social gatherings and group employment locations, which consist of workers from multiple different households, must also have a policy in place.

"These are strong actions that we know will have serious consequences, but we still believe they are appropriate and are needed to save lives," said Warren.

"Moreover, every child in Alberta is entitled to have access to an education program as per the Section 3(1) of the Education Act," said Nicole Sparrow, spokesperson for Education Minister Adriana LaGrange.

"To offer convenience and peace of mind to families of young children, Alberta’s government is making at-home rapid tests available to K-6 schools in Alberta with outbreaks. With the support of Alberta Health Services, we are also initiating contact notification in schools across the province and resuming public reporting of cases in schools."

The government says its top priority remains the safety of students, parents, teachers and staff.