The province has signed a Memorandum of Understanding (MOU) with Siksika First Nation that states the two sides will try to create a new police service.

Members of the nation have called on all levels of government to bring back a dedicated police service to Siksika after theirs, called the Siksika Nation Tribal Council, was disbanded in 2002 due to funding cuts.

Since then, the nation, located near Bassano, has had its policing needs served by Gleichen RCMP, a hamlet of a few hundred people.

"As soon as you go across the tracks, a 200 person hamlet has an RCMP (detachment)," said Siksika Chief Ouray Crowfoot.

The province says establishing a self-administered police service is consistent with the MOU’s guiding principles, which call for Siksika-driven programs and services to address the community’s public safety concerns.

Justice Minister and Solicitor General Tyler Shandro says it is waiting on Ottawa to unfreeze funding to the First Nation and Inuit Policing Program, which has been under review.

"We as a government also believe that this is an important part of reconciliation, and making sure that we're partners with our indigenous communities and helping them make sure that they have the opportunity (to) self-administer policing services,” said Shandro.

Currently, Siksika has peace officers and security to help with public safety. 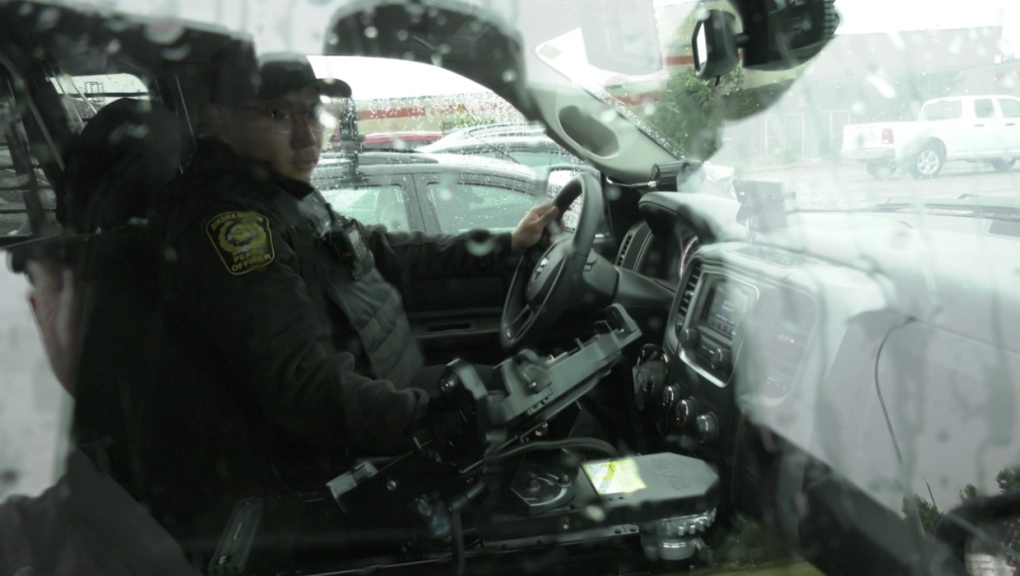 Peace officers and security help with public safety at Siksika Nation. The Siksika Nation has previously explored the possibility of establishing a new police service.

In 2018, it hired an outside firm to conduct a feasibility study. The provincial government contributed $30,000 toward the study, a third of the cost.

Ottawa recently conducted a engagement process with First Nations to gauge what is needed to help with creating First Nation-driven police services.

It is now in the process of creating legislation that will help implement those services.

Chief Crowfoot says Siksika Nation will meet with the federal government Wednesday, and hopefully discuss the need for policing.