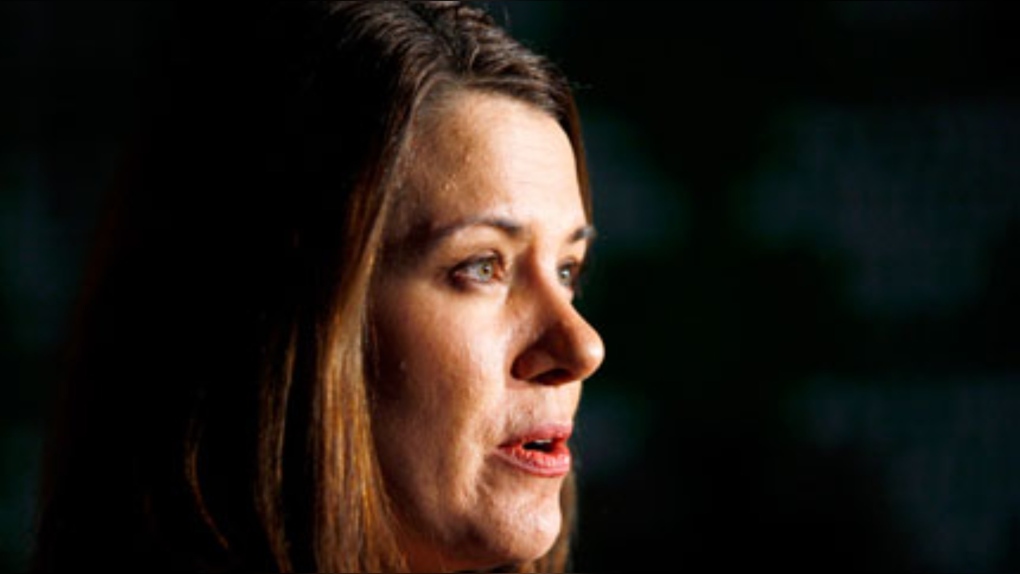 Alberta Premier Danielle Smith's office lashed out against the CBC on Wednesday, calling the news outlet's recent reportage regarding the provincial government "defamatory."

Smith's office demanded a retraction and an apology for its reporting on allegations of judicial interference.

The CBC responded to the demands in a statement.

"We stand by the story, which transparently attributes the allegations to trusted sources and provides context to the allegations," said Chuck Thompson, CBC head of public affairs.

"As is our practice, we gave the premier and her office an opportunity to react and we included that response prominently in the story, including the sub-headline."

Despite denials from Smith's office and the Crown prosecutor's office, CBC Calgary reported a Smith staffer challenged prosecutors via email on cases related to the Coutts border blockade and protests.

Previously, Smith said she hadn't been in direct contact with prosecutors, walking back comments made to Rebel News saying she asked prosecutors to review and reconsider pursuing the cases.

Following the reportage of the CBC, the Justice Department said in a statement civil servants spent a weekend reviewing roughly one million incoming, outgoing and deleted emails spanning a four-month period and found no record of contact between Smith's office and prosecutors.

The department said no further investigation would be done without more evidence.

CTV has been unable to independently confirm any of the allegations.

Also Wednesday, the Office of the Premier fired back.

"Last week, the CBC published a defamatory article containing baseless allegations that Premier's Office staff had sent a series of emails to Alberta Crown prosecutors concerning charges related to the Coutts protest and other pandemic-related matters before the courts. The CBC admitted that it had not seen any of the emails," Smith's office said in a statement attributed to no one in particular.

"This article was then used and editorialized by the Official Opposition to smear the reputations of the premier, her office staff, Alberta Crown prosecutors and the Alberta Public Service.

"The premier calls on the CBC to retract its outrageous story and, further, that the CBC and the Official Opposition apologize to the premier, Premier's Office staff, Alberta Crown prosecutors and those in the Alberta Public Service, for the damage caused to their reputations and that of Alberta's justice system."

The statement went on to note Smith campaigned on the promise to explore ways to let people charged with "non-violent, non-firearms, pandemic-related violations" off the hook – it just didn't work out that way.

"After taking office, the premier and her staff had several discussions with the minister of justice and ministry officials, requesting an explanation of what policy options were available for this purpose. After receiving a detailed legal opinion from the minister to not proceed with pursuing options for granting amnesty, the premier followed that legal advice," the statement read.

"All communications between the premier, her staff, the minister of justice and Ministry of Justice public servants have been appropriate and made through the proper channels. The CBC's allegations and insinuations to the contrary are, once again, baseless."