Alberta's unemployment rate dropped to near pre-pandemic levels in October 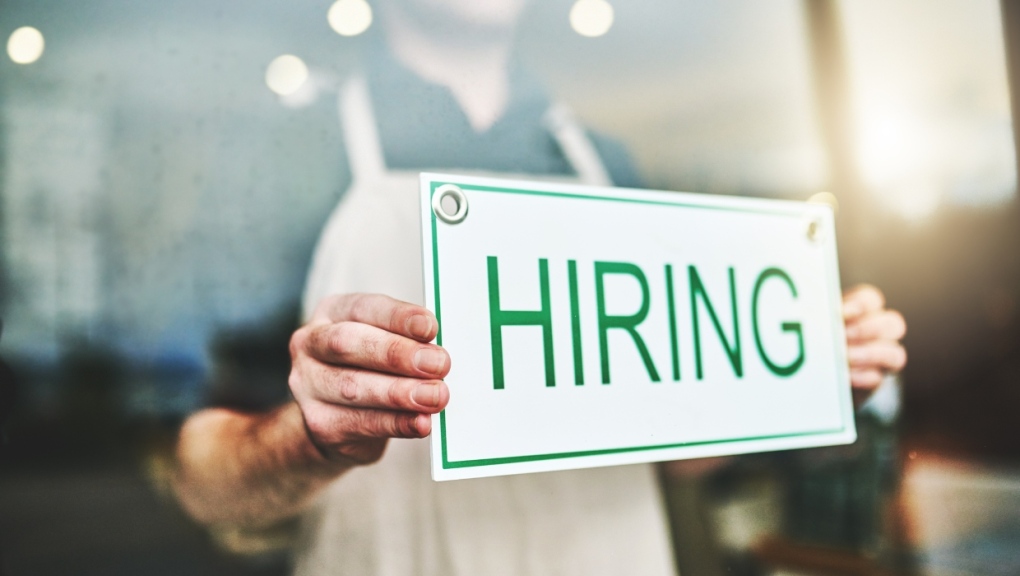 A man hangs a 'hiring' sign in the window of a business. (Getty Images)
CALGARY -

According to Statistics Canada’s October 2021 Labour Force Survey, Alberta had a jobless rate of 7.6 per cent last month, down five-tenths of a percentage point from September (8.1) and only slightly higher than the 7.5 per cent recorded in February 2020 before COVID-19 hit.

The survey, released on Friday, reflects labour market conditions the week of Oct. 10 to 16, three weeks after the introduction of the Alberta's Restrictions Exception Program (REP), a vaccine passport.

At the time ofthe survey, people were only required to have one dose of a COVID-19 vaccine to enter businesses that had opted in to the program. On Oct. 22, that requirement increased to only allow fully vaccinated patrons.

Alberta's October 2021 jobless rate is significantly lower than it was last year, when it sat at 10.7 per cent.

"October’s job numbers show that Alberta’s economic recovery continues, with an increase of 9,000 new full-time jobs. While, unfortunately, part-time employment decreased, our unemployment rate fell once again and is now lower than any point during the pandemic," Minister of Jobs Doug Schweitzer said in a statement.

"The Premier and his UCP government keep telling Albertans that everything is fine, but these figures tell a different story," energy critic Kathleen Ganley said in a statement. "Albertans are already struggling to pay their bills and now they’re facing job loss under the UCP government."

"While other provinces have fully recovered job losses from the pandemic, Alberta lags behind due to the UCP’s mishandling of COVID-19 that has made our economic crisis deeper and will prolong our recovery," economic development and innovation critic Deron Bilous said.

"While the premier was on vacation, our province was sent into a deadly fourth wave that had devastating effects on our economy. Albertans deserve answers on why the premier let this happen."

Though both Calgary and Edmonton saw unemployment drop in October, their rates remained among the highest of the 34 metropolitan areas surveyed.

In Calgary, unemployment continued to drop significantly, sitting at 8.0 per cent in October compared to 8.9 per cent the month prior.

“We are seeing some promising signs of economic growth in Calgary with a second straight month of strong improvements in the job market," Dexter Lam from Calgary Economic Development said in a statement.

Edmonton's unemployment rate dropped two-tenths of a percentage point in September to sit at 8.0 per cent.

Only Toronto and Windsor, Ont. saw higher jobless rates at 8.4 per cent and 9.2 per cent respectively.

Nationally, unemployment sat at 6.7 per cent in October, down from 6.9 per cent the month prior.