CALGARY -- Alberta Premier Jason Kenney says "all options will be on the table" as his provincial government tries to navigate the worst global oil price collapse in decades.

Speaking in Calgary Monday, Kenney said his government will organize an urgent economic panel, led by University of Calgary economist Dr. Jack Mintz, to provide expert advice on how to get through the oil price drop.

Kenney will also travel to Ottawa Thursday to make a pitch to the federal government on how it can help Alberta through the slowdown.

"The challenge posed to this province and to Canada could not be more serious," Kenney said.

"We are in uncharted territory."

The price of crude oil fell by 30 per cent Monday morning in the biggest one-day decline since 1991. West Texas Intermediate dropped to US$31 a barrel, a decline of more than 24 per cent.

Prices are falling as Saudi Arabia and Russia continue to be at odds about production cuts in a global economy already weakened by the impact of the COVID-19 outbreak.

Alberta’s economy will be greatly impacted by the plunging prices with last month’s provincial budget relying on WTI prices to reach at least US$58 a barrel to erase the province’s deficit by 2023.

The price for West Texas Intermediate currently sits $27 lower than the price forecasted in the budget. 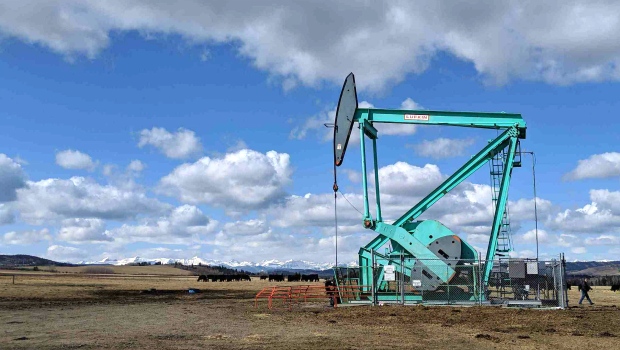 The price of crude oil fell by 30 per cent Monday morning in the biggest one-day decline since 1991.

NDP opposition leader Rachel Notley called on Kenney to withdraw February’s budget due to the drastic change in oil prices, but Kenney says his government intends to pass the budget and re-assess its forecast in several months.

"This is not just another blip in commodity prices due to an OPEC spat," Notley said. "This is a major crisis for oil-producing jurisdictions like ours and we need to take it seriously."

Each one dollar drop in oil prices represents a $200 million reduction in Alberta’s budget.

Kenney says his government is open to borrowing more to increase spending on infrastructure in an effort to create more jobs. What the province is not prepared to do, however, is considered implementing a sales tax.

"I cannot imagine a dumber thing to do in the midst of a time of economic fragility, an oil price collapse and a global recession than to add a multi-billion dollar tax on the Alberta economy, on Alberta families," Kenney said.