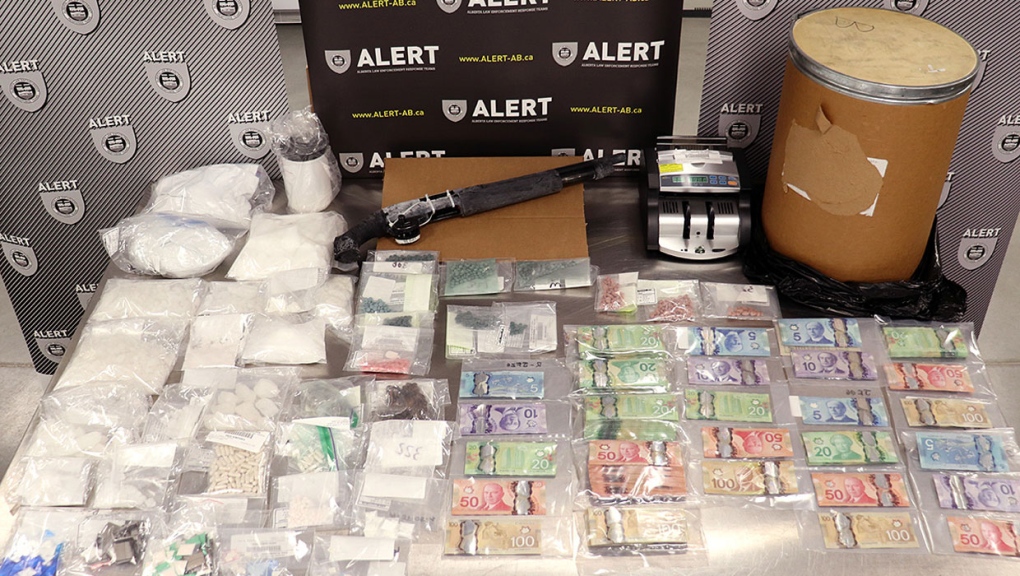 ALERT Calgary seized over $300,000 worth of drugs, a significant amount of cash and a sawed-off shotgun following the search of a home in Riverbend.

CALGARY -- Officials say two men and a woman were arrested as a result of an ongoing investigation that seized approximately $300,000 worth of drugs including methamphetamines, cocaine and fentanyl.

The Alberta Law Enforcement Response Teams (ALERT) in Calgary says the three suspects were taken into custody on Nov. 13, when officers executed a search warrant in the southeast community of Riverbend with the assistance of authorities in Calgary and Medicine Hat.

As a result, police found:

Officials also found a sawed-off shotgun in the home that had its registration number removed. They are running forensics tests on the weapon to determine if it's been used in any other crimes.

The suspects arrested as a result of the operation face 38 offences related to firearms and drugs, including:

ALERT says the operation proves the value of the partnership they have with local police detachments.

“ALERT will continue to work in tandem with our policing partners to tackle organized crime, and their complacency in harming our communities with opioids and meth,” said Sgt. Matthew Pumphrey, ALERT Calgary, in a release.

Anyone who suspects drug or gang activity in their neighbourhood is asked to call local police or Crime Stoppers anonymously at 1-800-222-8477.