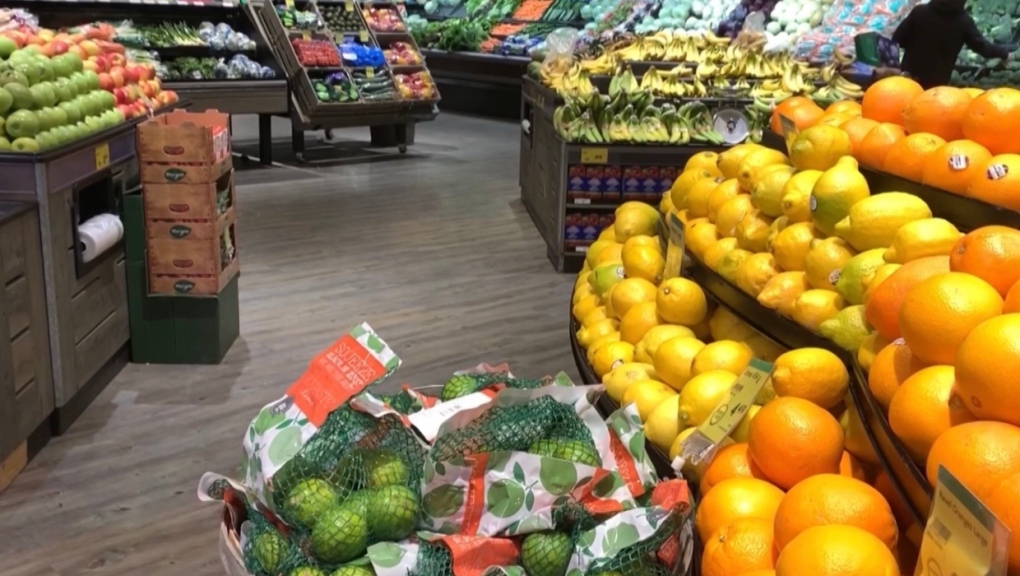 Food is shown in a grocery store in southern Alberta.

Though Alberta Premier Jason Kenney has expressed concern that grocery stores across Alberta are experiencing food shortages, it doesn't appear to be an issue in Lethbridge at this time.

I’m getting pictures like this from grocery stores across Alberta this morning.

This is turning into a crisis. It requires immediate action by the Canadian & US governments. pic.twitter.com/nEmbSgX2BU

On Tuesday, CTV reached out to representatives from all of Lethbridge's grocery stores, but none of them said they were experiencing any major food shortages or delivery delays.

“At the moment, not yet," said The Wooden Shoe Grocery Store owner Hermo Lanting.

“I phoned yesterday already with some wholesalers of mine, and they indicated that they didn't see any problems yet.”

In his tweets, Kenney said food shortages in Alberta are "turning into a crisis.”

Speaking to CTV News, one food expert said he feels Kenney’s tweets may have been more damaging than an actual supply shortage.

“If we actually see the panic buying we saw back in March of 2020, it could actually make matters worse,” said Sylvain Charlebois, a professor in food distribution and policy at Dalhousie University.

“So, weaponizing pictures showing empty shelves is just not going to help.”

“Further disruptions (are) just not something we need right now,” explains Charlebois.

“I think most Canadians actually support truckers, but we are concerned about the nation’s food security. Overall, that’s really the key here.”