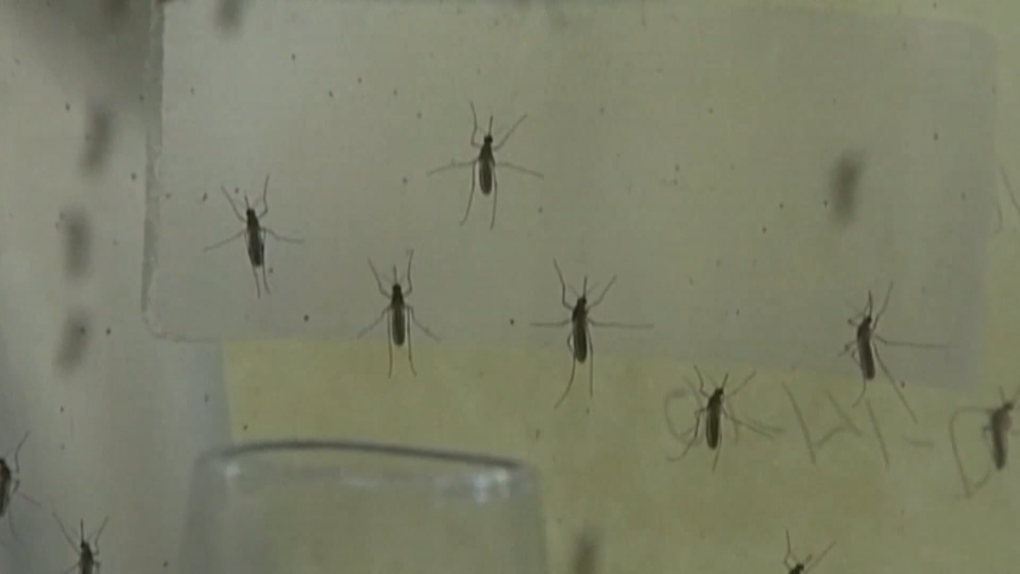 Mosquito populations in Calgary are thriving this summer and experts expect their numbers will stay strong without a prolonged dry spell.

A local insect expert says the mosquito population in Calgary is expected to thrive this summer, meaning residents should expect to be swatting away the bloodsuckers for weeks to come.

John Swann, an entomologist and invertebrate collection manager at the University of Calgary, says the weather patterns have allowed mosquitoes to mature quickly to the stage where they are biting humans.

He says Calgary would need to see consecutive weeks of dry weather in order to decrease the mosquito population as consistent periodic rainfall in recent weeks has allowed for better breeding ground for the 'skeeters.'

"The mosquito lifecycle is 10 to 14 days to go from an egg to a female when it's biting you, and then laying (more eggs) in the pond again," said Swann. "So that means you have two weeks you need dry, plus a bit more to have her eggs sort of crash and burn."

As for suffering bad mosquito bites, Swann says the Aedes Vexan mosquito species, dominant in this region of North America, feeds on human blood and bites are commonplace in Canadian summers.

"They essentially spit into you when they go to start sucking your blood. The biochemical signature of their spit differs between mosquitoes species to a certain degree, and you'll be more sensitive to some than others.".

Although rare, the City of Calgary says there are species of mosquitoes flying around that can carry diseases, including the West Nile Virus.

Calgary residents have taken notice of the buzzing bugs.

"It's really annoying," said Marlene Robert. "We try to come (down to the Bow River) on hot days because they say (mosquitoes) are less active during the hot days, but it's terrible."

"They are bad," said Amber Morrison while picnicking in Pearce Estate Park. "This year they are like all over the place and it feels like there are swarms everywhere."

Others say they have come to expect mosquitoes going hand-in-hand with outdoor summer activities.

"I think people react differently," said Steve Pousett. "It doesn't really bother me that much. If they are really bad I will use bug spray, other than that I would just ignore it."

Mosquitoes are most active at dusk and dawn, and limiting time outside during these hours reduce the likelihood of bites. Long-sleeved clothing that is lighter in colour will also help reduce bites, says city officials.

As for preventing mosquito eggs from being laid in still water, dump out any pooling water in pots, toys or birdbaths.