Big crowds expected as airshow takes to the sky over Springbank

Big crowds expected as airshow takes to the sky over Springbank 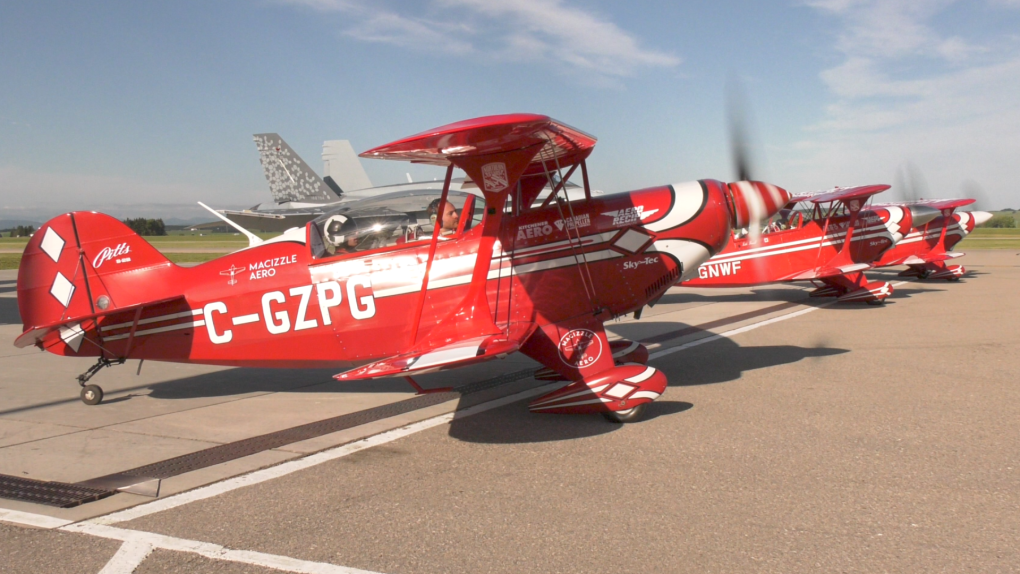 The Northern Stars trio of aircraft prepare for a Friday practice run for the Wings Over Springbank Airshow.

Look up this weekend and it's likely you'll see some aircraft in the sky not normally found in the Calgary area.

The Wings Over Springbank Airshow is back July 23 and 24 at the airport west of Calgary.

Sarah van Gilst, the show's producer, says ticket pre-sales are about 30 per cent higher than previous years and the pilots are anxious to perform.

"Talking to some of the other air show producers that have already had their events, people are so happy and excited and just ticket sales are strong," she said. "We're seeing more pre-sales that we're kind of used to seeing."

Large crowds are expected for the two-day event and van Gilst encourages patrons to take advantage of the park-and-ride option from the Crowfoot CTrain station to avoid fighting traffic to the Springbank airport.

Ponoka pilot Drew Watson is excited to show his stuff at this year's event. He'll be flying one of the Erickson Aircraft Collection entries, the P-51 Mustang. He started flying at airshows with his father in a Harvard, which was a little bit slower than the Mustang.

"It's a whole lot faster, I have to do a lot of energy management," he said. "I have to be well ahead of the airplane because I am going so fast with this airplane and engine management. I'm usually flying a round engine, this is a V-12, so it's liquid cooled, there's a lot of subtleties around it but I do have to keep that in mind when I am flying it."

Watson is flying one of two P-51s that will be joined by a Corsair for the show. He says the sound alone from the vintage fighters are a fan favourite.

Jesse Haggart-Smith, a captain in the Royal Canadian Air Force, is flying the CF-18 Hornet. He grew up in Maple Ridge, B.C. and has fond memories of going to his hometown airshow as a youngster.

"It's pretty great honor quite frankly to be asked to do this," said Haggart-Smith. "It's a real privilege to travel around the country. A lot of people go to these airshows, interact with the public, interact with the little kids that are always so excited to meet you. That's honestly amazing."

Show organizers say this year it will host three military teams, the CF-18 demo squad along with the Skyhawks and the Canadian Forces Snow Birds.

Learn more about the event at Wings Over Springbank.