CALGARY — Calgarian Mike Soroka has never been afraid to put in the work, and was paid back in 2019 with a rookie season to remember as a member of the Atlanta Braves starting rotation.

In his first big league season, the  Bishop Carrol High School grad went 13-4 with a 2.68 earned run average. Soroka pitched in both the mid-season all-star game and in the playoffs and was proud that he was in the conversation for a couple of awards, including the National League's outstanding pitcher of the year.

CTV News caught up with Soroka Monday, following a training session at the Canadian Sport Institute, where he tried to put into words the feeling of transforming from an Alberta baseball player into one of the top young starters in the majors.

"It's pretty incredible to be able to look back on a season like that," Soroka said. "Especically in some things in the way of rookie (of the year) voting and Cy Young voting. That’s pretty cool to be in those conversations."

Soroka ultimately finished second in Rookie of the Year voting to the New York Mets' slugger Pete Alonso, and sixth overall in voting for the Cy Young award, which was won for the second consecutive season by the Mets' Jacob deGrom.

Of course coming off a season like that, the expectations for the 2020 season will be much higher now for the 22-year-old. Soroka isn’t afraid of that. He said he’s ready to do whatever he has to do to get even better. 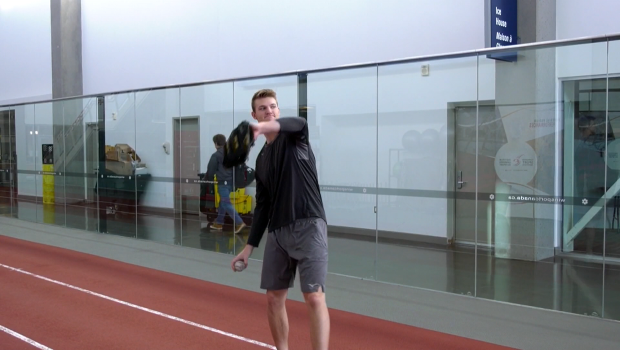 "There’s never a time in this game where you know everything, or that you have it figured out. It’s always changing and that means I do too," he said.

"A lot of it is going to be stuff that I could’ve done better last year, patterns I fell into last year that I want to make sure I don’t fall into this year.”

The Calgarian has always been a big believer in giving back. He got that from the late Jim Lawson, who was his coach with the Calgary Redbirds and also from former major leaguer Chris Reitsma, who mentored Soroka.

This past weekend, Soroka was in Edmonton working with kids in Alberta baseball. He knows his story can be an inspiration for others. He said it doesn’t matter where you’re from, if you work hard enough, your dreams can come true.

“Being able to be that kind of voice of reason for a lot of them and understand that you can do this if that’s what you really want and that’s what you love to do,” he said. “That’s a pretty cool opportunity to have.”

Soroka leaves for Atlanta tomorrow to begin preparing for next season.