Calgary and Edmonton suffering, but there's good news on the horizon in a new economic forecast 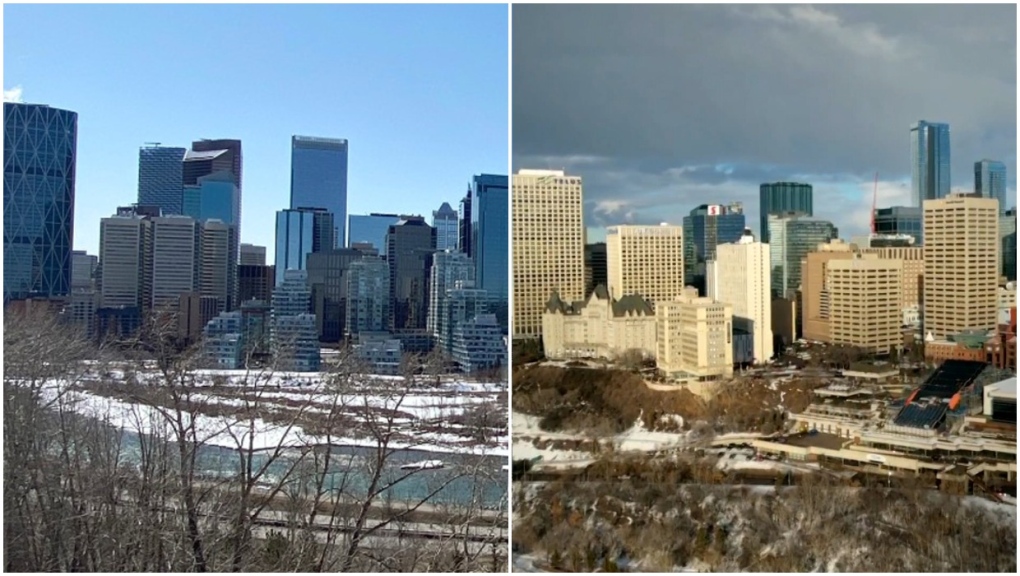 Both Calgary and Edmonton's economies will suffer the biggest impacts from COVID-19, the Conference Board of Canada says. (File)

CALGARY -- Social distancing, travel restrictions and job losses because of the coronavirus pandemic are all having a huge impact on the Canadian economy but Calgary and Edmonton are hurting the most, a new report says.

The Conference Board of Canada, in its latest economic forecast released Tuesday, says every one of Canada's major cities will be suffering economically as a result of COVID-19.

However, the worst hit would be Calgary and Edmonton, especially when it comes to low oil production and a heavy impact to the price of crude.

Better economic news is expected in the latter half of the year and as we head into 2021, the board indicates.

"The COVID-19 pandemic has taken a drastic toll on the Canadian economy, and no region of the country will escape its negative impacts. All major metropolitan economies are forecast to contract in 2020.

"However, assuming the virus’ spread is contained, and firms can return to normal operations over the summer months, a recovery should begin in the second half of the year leading to sharp rebounds coast-to-coast in 2021," said Todd Crawford, the board's associate director of economic forecasting said in a release.

The organization predicts the real GDP in both Calgary and Edmonton to shrink by 5.5 per cent and 5.6 per cent respectively.

A rebound is expected to take place next year, with a GDP growth in Calgary of six per cent while Edmonton will see growth of 6.2 per cent in 2021.

The Conference Board of Canada predicts, after oil prices suffered under production cuts in early 2019 and the double whammy of COVID-19 and the OPEC situation in 2020, market prices are expected to move up again in the second half of the year.

It also said weaker consumer demand will have a huge impact on arts and entertainment, as well as the accommodation and food services sectors in 2020 across Canada.

It says the cancellation of the Calgary Stampede for the first time in its history is expected to be a particular problem for these industries in Alberta.

Accommodation and food services is expected to contract by over 40 per cent in both cities, while arts and entertainment growth will drop by over 21 per cent.

The construction sector is also expected to be impacted by the pandemic, with new builds dropping by approximately 12.6 percent in Calgary. Output in Edmonton has declined by nearly 20 per cent but, thanks to a strong start to 2020, there will only be approximately 500 fewer housing starts, the board says.

"However, low interest rates and supportive federal programs should help to boost residential markets in the coming months and increase starts once again in 2021," the report reads.

Further information about the economic forecast can be found online.