A tiny and cold bat discovered roosting outside a Calgary bookstore late last week is recovering just fine thanks to an Alberta wildlife group.

The brown bat is in the care of rehab staff at the Alberta Institute for Wildlife Conservation (AIWC) near Madden, about 45 minutes drive north of Calgary.

"He'll be staying with us over the winter," said staff member Rachel Swart. "We'll release him in the spring so he stays in isolation for a couple more weeks here and then he can go join the other little brown bat we have in care since they're very communal."

The Little Brown Myotis bat was spotted sleeping on the door of The Next Page bookstore in Inglewood. Co-owner Jeremy Shannon spotted it while cleaning up the front entrance. 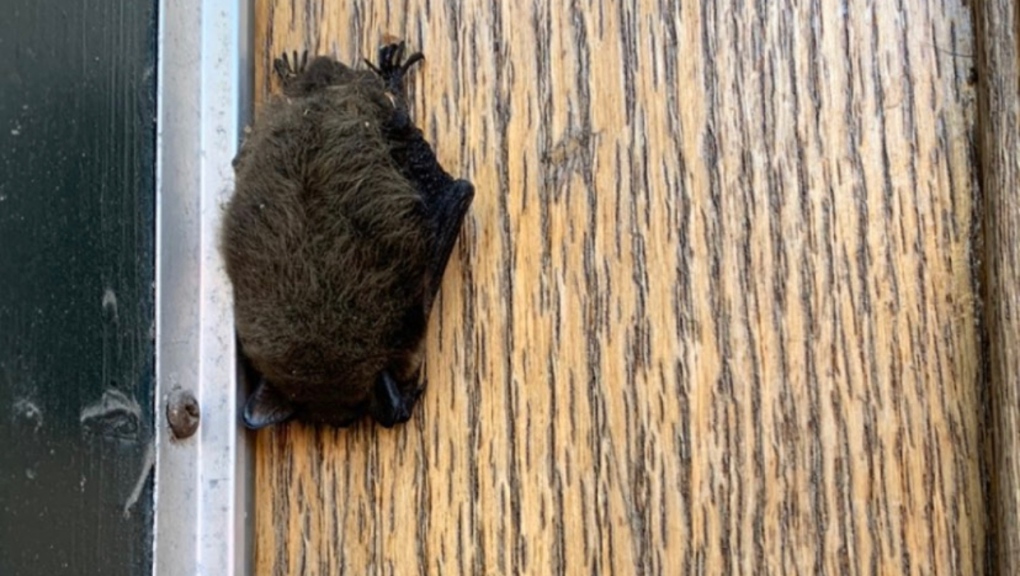 A small bat clings to the door of The Next Page bookstore in Calgary.

"Just out there sweeping and I was going to sweep up the door and then I saw a little fluffy creature on the door," said Shannon. "I didn't know what it was until I actually got close to it I found that it was a bat and it was just you know, maybe half the size my hand.

A picture on Twitter shows a hand-made sign attached to the business's door warning people to open it carefully "as there is a bat sleeping on it."

Shannon said it was quite a novelty for customers, who didn't seem too squeamish.

"They just kept walking in," said Shannon. "Everyone's walking by taking pictures and was just being so gentle with the door."

AIWC staff said the bat likely got lost and the cold weather isn't good for the tiny creature. This species typically finds a cave, attic or barn to sleep for the winter.

"Tree bats like the silver hair bats fly south," said Swart. "This little guy would be going to the hibernaculum and so since we don't know where that is, he's staying here for the winter because there's no more bugs out."

The bat will feast on mealworms throughout the winter, indoors at the facility while the rest of his friends sleep for the winter.

This time of year AIWC sees many injured migratory birds who are hurt on their journey south.

"We were getting a lot of hawks the past few weeks because of the migration," said Swart. "All the juveniles aren't the best fliers, hitting cars and houses on their way out but right now there tends to be a lot of magpies or sometimes we'll get skunks that are just kind of finding their way now too and they can be hit by cars."

The facility relies mainly on donations to feed and care for injured animals.