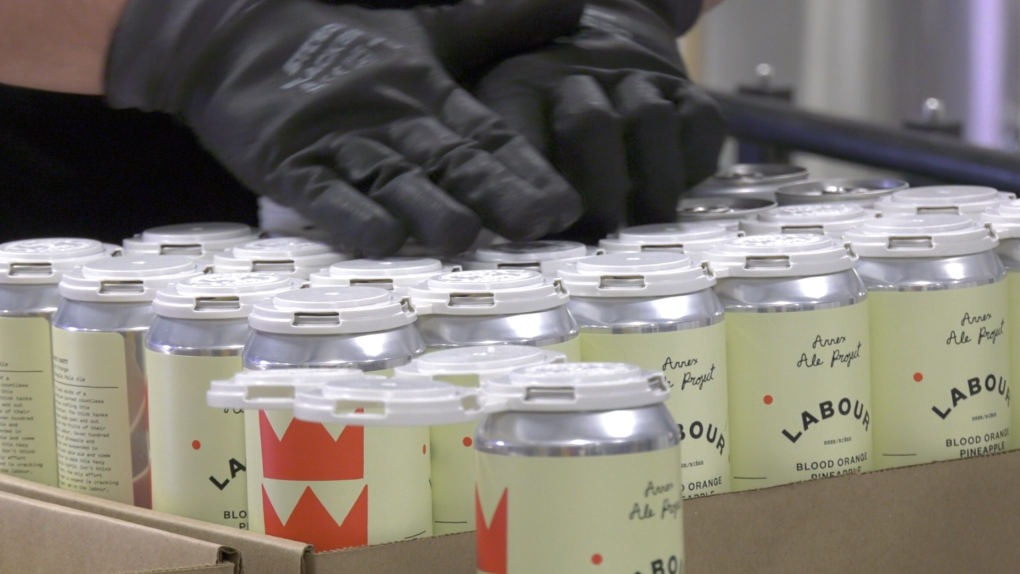 A Calgary brewery has helped prevent tens of thousands of PakTechs, the plastic beer can holders, from ending up in landfills.

Annex Ale Project, located in the Brewery Belt in the city's southeast, launched its recycling program in March and has since put over 12,000 PakTechs back into use and recycled an additional 18,000.

"We’ve been working with the Alberta Small Brewers Association to set up consolidation and collection points all through the province to be able to collect the PakTech four and six-pack can holders," explained Andrew Bullied, Annex Ale Project's director of brewing ops.

"We are trying to make sure we take responsibility for all of the packaging that we are putting out into the world and trying to be as sustainable as possible."

Before the launch of the program, municipalities throughout Alberta had not been recycling the can holders made from 100 per cent recycled high-density polyethylene.

"This hasn’t really been done before," said Bullied. "We were seeing that the city couldn’t really handle these PakTech handles, so we decided to step up and take responsibility for our own packaging material and try and reuse as much as we possibly could."

There are over 32 locations across the province participating in the recycling effort, keeping PakTechs out of landfills and waste streams.

To participate, consumers can bring their can holders back to breweries, restaurants, retailers and bars throughout the province. All of the Paktechs that find their way into the designated bins are then brought to consolidaton points at breweries in Calgary, Edmonton or Lacombe for sorting for reuse or recycling.

Hurricane Ian's most damaging winds began hitting Florida's southwest coast Wednesday, lashing the state with heavy rain and pushing a devastating storm surge after strengthening to the threshold of the most dangerous Category 5 status.

Robert Cormier, a Canadian actor whose credits include 'American Gods' and the long-running series 'Heartland' has died at age 33.

A new global study now confirms the link between a temporary increase in the menstrual cycles of some individuals as a result of the COVID-19 vaccine.

Federal authorities closed Canada's borders Wednesday to commercial dogs, including ones being put up for sale or adoption, from more than 100 countries deemed to be at high risk for canine rabies.