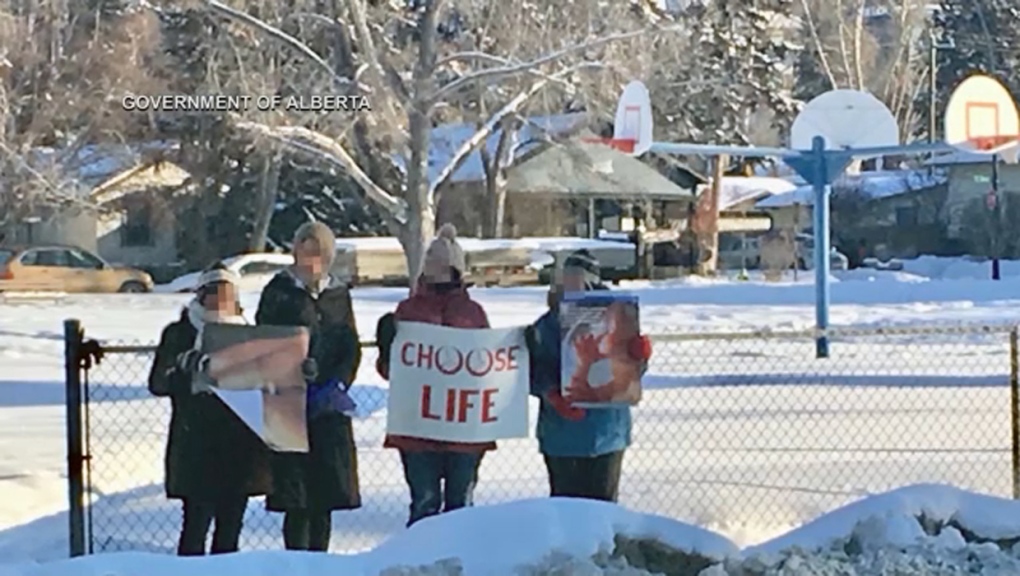 Ward 7 councillor Druh Farrell is asking for the City to explore a potential ban of anti-abortion protests near Calgary schools.

“I’ve been receiving complaints from parents of school children, in particular in schools in Ward 7, where there’ve been protests around the schools,” said Farrell. “I talked to our law department and our bylaw department and what we are looking at is looking at the constitutionality of safe zones around grade schools.”

“Our responsibility is to protect citizens but also there’s a responsibility to ensure freedom of speech. How do you balance those two seemingly opposing views with this topic?”

John Carpay, president of The Justice Centre for Constitutional Freedoms and a social-conservative activist lawyer who has represented anti-abortionists, warns of the potential fallout from introducing such a ban.

“The censorship knife can cut in all directions. If government can censor one type of speech just because people think it’s very upsetting or disturbing, that opens the door for governments to target something else.”

Farrell’s notice of motion follows in the same vein as the provincial government’s establishment of a protest-free 50 meter bubble around Alberta’s two non-hospital abortion clinics. Health Minister Sarah Hoffman says she had planned to amend the legislation to include schools but the change was halted when the provincial election was called.

“The province has opened the door for us with providing safe zones around clinics,” said Farrell. “What I’m really asking for is let’s scope our ability to create our own bylaw to protect children and have safe zones around schools.”

“I don’t want to wait for the province to figure this one out.”

With files from CTV's Jordan Kanygin