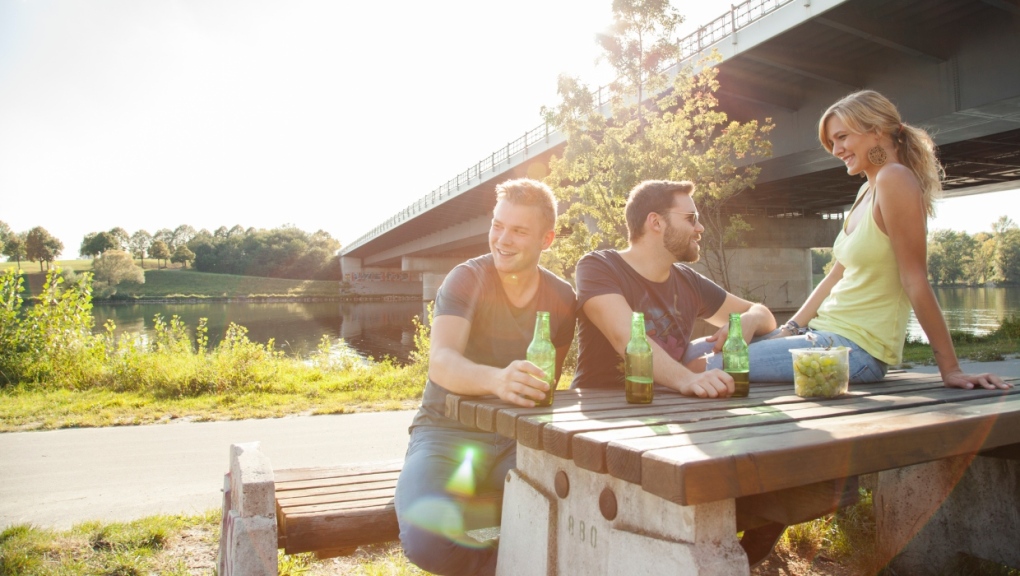 Three friends sit together at a park picnic table near a river. (Getty Images)

A Calgary program that lets adults drink in designated parks is returning this year and includes more spots to sip spirits than ever before.

The City of Calgary approved the pilot program last spring and launched it on June 1, 2021.

It allowed people to have a drink or two at select picnic tables throughout the city.

The program returns on May 10 with more than 80 tables available for use, and city officials say "later this spring" there will be six entire parks – or portions of parks – where you can lay down a picnic blanket, go for a walk or play a game while drinking alcohol.

"Alcohol consumption will be allowed within the area designated by onsite signage," said a Tuesday news release.

The parks where open areas will be designated for alcohol consumption include:

New this year, there are picnic tables you can use within regional parks.

The city says you can also book multiple picnic tables.

Picnic tables have also been added to high-density neighbourhoods where Calgarians may not have a private backyard.

The city says the change was based off of feedback from participant surveys.

“Calgarians told us they appreciated being able to have a beer or glass of wine in our beautiful park spaces last year; especially those who do not have their own private backyard," said Kyle Ripley, director of Calgary Parks, in a news release.

"We hope this year’s expanded program will encourage more people to connect with family and friends in a natural setting."

When Calgary's alcohol in parks program returns, there are some rules you need to be aware of:

To book a picnic table online or find more information about the program you can visit the City of Calgary's website.