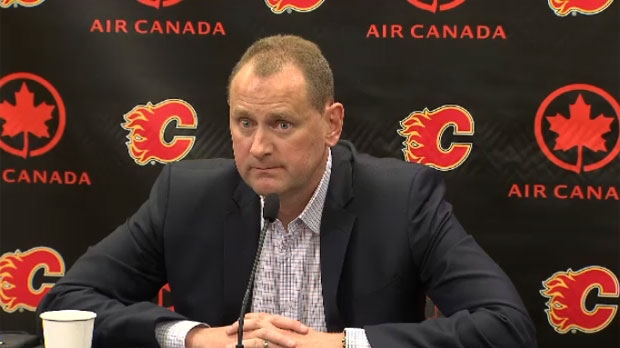 Brad Treliving has renewed his contract as GM of the Calgary Flames.

CALGARY -- Calgary Flames General Manager Brad Treliving is in his sixth season with the organization and on Thursday signed a multi-year contract extension with team.

The Flames have made the playoffs three times since Treliving joined the team in 2014.

“Over the past five years, Brad has done an excellent job putting a team together on and off the ice,” said Flames President and CEO John Bean in a release. “Continuity is important in this role. Brad has earned the trust and respect of our Ownership Group and our fans. We look forward to continuing our work together as we strive for our ultimate goal; another Stanley Cup championship for the City of Calgary.”

“Thank you to the Flames Ownership Group, John Bean and Ken King for their confidence and continued support,” said Treliving in the statement. “I’m excited to work with our talented hockey operations staff, coaches and players as we continue on our mission of bringing a Stanley Cup back to Calgary.”

Before joining the Flames, Treliving was with the Phoenix Coyotes and was involved in the CHL and WPHL for several years.

The #Flames have signed GM Brad Treliving to a multi-year contract extension! https://t.co/XrfXM9QDWp