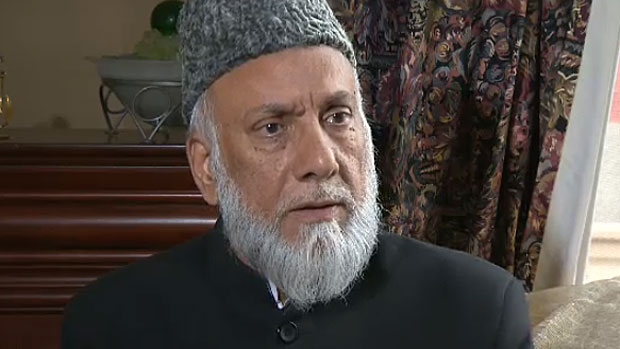 A well-known Calgary imam says he was attacked on his way to lead Friday prayers.

Syed Soharwardy, founder of Muslims Against Terrorism and the Islamic Supreme Council of Canada said he was nudged by a vehicle driven by a woman in the parking lot of the Genesis Centre in northeast Friday afternoon.

Apparently, the woman yelled profanity at Soharwardy, as well as accusing him of being a terrorist.

Soharwardy ignored her and was touched again by the car before the woman drove off.

The imam is not hurt, but said he is shaken by the attack.

Soharwardy is outspoken critic of the violence perpetrated by terror groups.

He reported the attack to the police, including the license plate number of the car the woman was driving.