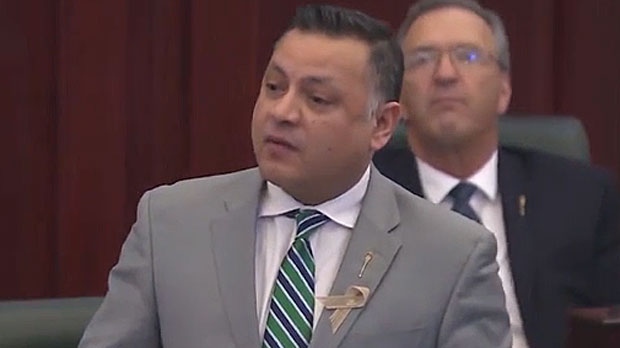 The UCP MLA for Calgary-Greenway has resigned from the party and will sit as an independent for the remainder of his term.

The United Conservative Party MLA for the riding of Calgary-Greenway has quit the party and says he’s done with politics and won’t be running in the 2019 general election.

Prab Gill announced the news on Saturday, as the UCP was investigating allegations that he tampered with ballots during a recent constituency meeting.

He is accused of taking blank ballots with the purpose of loading the board of the constituency association.

An independent investigation was conducted by a former judge and while Gill says he doesn’t agree with all of the findings, he said he would respect them and leave the party to sit as an independent until the end of his term.

Gill was elected in a by-election in 2016, replacing the late Manmeet Bhullar.

UCP leader Jason Kenney said on Saturday that he has accepted Gill’s resignation and thanks him for his efforts in the caucus. He also thanked former Justice Ted Carruthers for compiling the report.

“I hope that we can now all move forward with our task of defeating the NDP and getting Alberta province back on track."

The next Alberta general election is scheduled to take place in the spring.