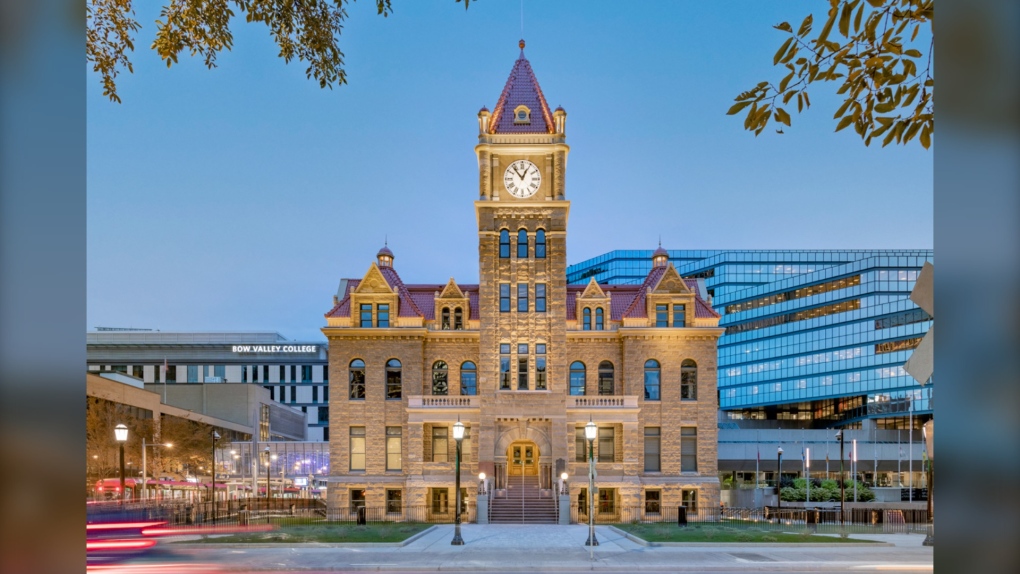 Restoration work done to Calgary’s old city hall has been recognized with a national award.

The work, which took nearly four years to complete at a cost of $34 million, received a 2021 Award of Merit in the Conservation - Architecture category from the Canadian Association of Heritage Professionals (CAHP).

“By conserving the city hall, one of the oldest sandstone structures on the prairies was preserved.”

Of the 15,522 original sandstones used to complete the building in 1911, nearly all of them — 15,142 in total — were treated with a combination of cleaning, structural repair, fortification or outright replacement.

The majority of the original sandstones for the structure came from quarries in Calgary but the restoration team turned to Ohio for the hardest and most dense sandstone used to replace stones below, and at, ground level.

Stones at the top of the building that are able to withstand the most challenging weather conditions are from Poland, and quarries in Spain provided replacement stones for everywhere else.